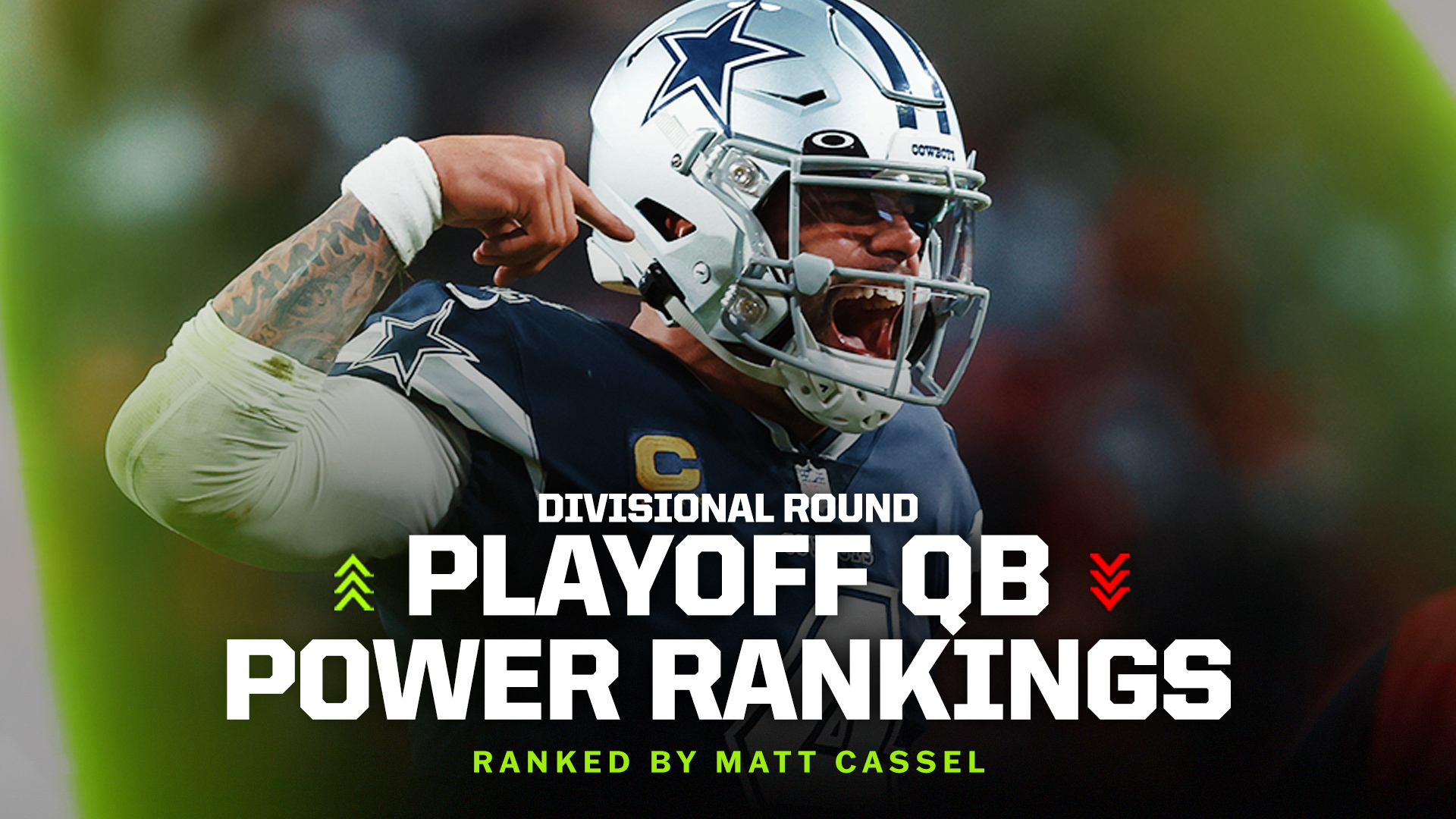 Former NFL quarterback Matt Cassel provides his weekly QB rankings. These are his rankings of the eight quarterbacks left standing in the playoffs (all stats include regular season and playoffs):

Comment: Coming off a first-round bye, Mahomes faces a Jaguars team coming off an emotional comeback win. In the first iteration of this matchup, Mahomes threw for four touchdowns, completed just under 75% of his passes for 331 yards and earned a 129.6 passer rating.

Comment: In two consecutive games against the Ravens, Burrow led the Bengals to close wins but didn’t put up gaudy numbers. That most likely will change Sunday against Buffalo, as he’ll need to go blow-for-blow with Josh Allen and the electric Bills offense.

Comment: Allen lit up the Dolphins defense through the air, but he continued his troubling turnover streak. He’s turned over the ball six times in the past three games. He’s facing a Bengals defense that hasn’t allowed an opponent to score more than 18 points since before Christmas.

Comment: Jalen Hurts got a much-needed bye week to get healthy before facing the upstart New York Giants. Hurts played against the Giants in the regular-season finale, but did not score any touchdowns. However, when facing them in Week 14 when he was healthy, Hurts led the Eagles to a 48-22 win on the road.

Comment: Prescott silenced many of his doubters with a near-perfect performance against the Tampa Bay Buccaneers on Monday night. His QBR ranks as the eighth-best single-game postseason performance in the QBR era. But he’ll have a much different test against the 49ers’ No. 1 scoring defense.

Comment: The Brock-etship suffered some damage in the first half against the Seattle Seahawks. But Mr. Irrelevant turned it around in the second half, scoring three touchdowns (two passing, one rushing) to lead the comeback and blow out the Seahawks. The Dallas Cowboys defense, led by Micah Parsons, will present a significantly tougher challenge.

Comment: It’s hard to say that a four-interception performance qualifies as a breakout game. But Lawrence’s mental toughness and leadership helped the Jaguars complete one of the biggest comebacks in NFL playoff history. However, he probably won’t be able to beat the Chiefs with another multi-interception game.

Comment: Daniel Jones earned his first playoff win after putting together one of the most dynamic yet efficient performances in playoff history. However, he’s going from facing the team with the 31st-ranked passing defense (Vikings: 265.6 passing yards allowed per game) to the best passing defense (Eagles: 179.8 passing yards allowed per game) in the NFL.