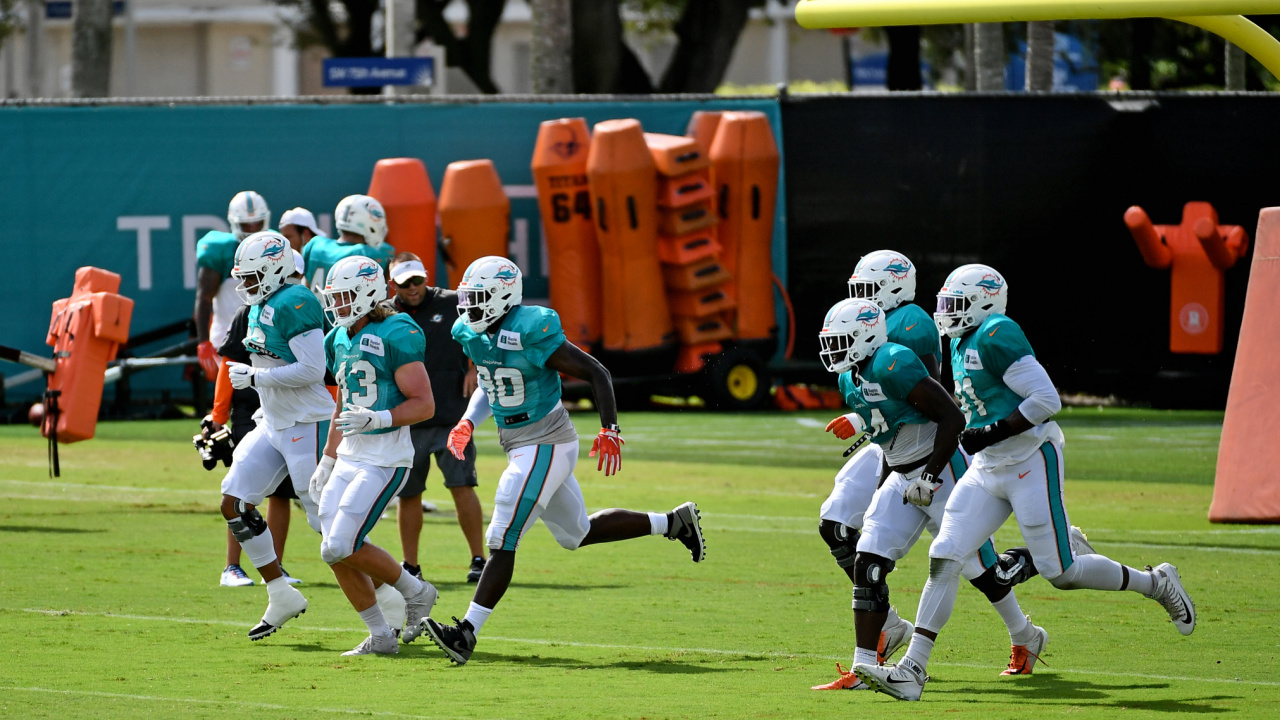 As you read this, NFL clubs are in the process of finalizing their practice squads. Here’s an inside look at how and why this procedure works:

History of the Practice Squad

First, a little history. Jim Finks, Hall of Fame general manager and president of the New Orleans Saints, conceived the idea as chairman of the NFL Competition Committee, the league’s rule-making body, in 1989. He called it the developmental squad because eligibility was limited for rookies and first-year players only.

These were litigious times and some players sued, claiming various antitrust and labor law violations. The suits were finally settled and what we now know as the practice squad was memorialized in the collective bargaining agreement of 1993. There was a limit of seven players per team, increased weekly pay, and players were given the right to sign from the practice squad to the roster of any team in the league at any time.

The practice squad has since grown to 16 with far more liberal eligibility rules, largely because of COVID-19. Once the practice squad number and eligible standards were expanded and the coaches knew what they had, it was clear that, barring leaguewide financial collapse, the expanded practice squad genie was not going back in the box.

Why is a Practice Squad Needed?

Aside from helping to develop players, coaches — in an era of fully padded two-hour in-season practices — did not want the 30 or so players who saw the bulk of game action each week to have to act as a scout team for their teammates on the other side of the ball.

Previously, coaches had been using players who were on the reserve injured list but eligible to practice in that role. This was messy and contentious as many in the league believed that certain clubs were very “liberal” in their definition of the injuries that put their players on IR. Thus, they provided themselves with what amounted to a ready-made practice squad. Hence, Finks (the patron saint of all NFL GMs) and the competition committee greatly tightened IR practice rules and created the practice squad as we know it today.

Practice-squad eligibility rules are somewhat complex and written in legalese, so we’ll try to translate them to English as best we can. In the interest of time and your sanity, we will not cover every minute detail.

Rules of the Practice Squad

In the 2022 regular season and playoffs, the practice squad consists of a maximum of 16 players in any given week. Players may be waived off the practice squad at any time and they may sign an active roster contract with their own or any other NFL team, subject only to certain weekly time provisos.

There are three categories of players eligible for the practice squad. They are:

2. Exception: A player is eligible as an exception if he has two or fewer accrued seasons, even though he was active for nine games in any of those two accrued seasons. A team may have no more than 10 exceptions on their practice squad at any one time.

(Confused already? Don’t worry. The league office has experts using computers to keep track of these things. They are quite competent and fair, and GMs trust them.)

3. Veterans: Any player not covered as a standard-eligible or exception-eligible is considered a veteran. A club may have no more than six veterans on their practice squad at any time.

The pay scale is as follows: Standard and exception players receive $11,500 per week. If a player in either category is on any practice squad for the full 18-week season, he could earn a total of $207,000. A veteran player can receive between $15,400 and $19,900, as individually negotiated.

That’s a far cry from $1,000 per week in 1989. By the way, the same rules and wage scale applies in the playoffs, all the way through the Super Bowl.

Clubs begin scouting practice squad-eligible players from Day 1 of the preseason. The pro scouts develop a list of players from other teams that they like and are prepared to sign to their practice squad if and when they clear waivers. With an inordinate amount of pressure from media and fans to win the opener, most coaches don’t want a lot of upheaval and roster churn while preparing to open the season. Therefore, the bulk of practice-squad signings on teams I was with came from our own cuts. If unclaimed, most were happy to stay, and we were happy to have them.

What Do Practice Squad Players Do?

Essentially, the same thing players on the roster do, except dressing and playing on game day. Practice-squad players report to work on the same time schedule as every other player. They attend position, platoon and team meetings, and film sessions with their active-roster teammates. They are at every practice in the uniform (pads or no pads) of the day.

Every team I was on provided them notebooks containing the weekly game plan, which they turned in the day before the game. They participated fully in every practice, including group and individual drills. During special teams work, team work and seven-on-seven passing drills, they run the opponents’ plays drawn up on large cards and shown prior to the play by a coach.

At Indianapolis, coach Tony Dungy ran the scout team on both sides of the ball to ensure maximum effort and to show this group how much he cared about their work.

All practice-squad players report to the stadium on game day dressed in club sweats and most go through a full workout many hours before kickoff. Many clubs put them through an additional workout or two aside from their normal work during the practice week. The aim is to develop and improve their skills. Many teams will have them go through a separate walk-through prior to practice using the carded opponents’ plays. This is designed to make the practice more efficient once the whistle blows.

During COVID, many teams traveled all or most of their practice-squad players, as they had to have them ready at literally a moment’s notice to replace players who tested positive. We’ll see how the process continues to evolve now that we have a better understanding of the spread of the virus.

Practice squad makeup by position is determined largely by the numbers of active players at each position. There is a “recruiting” priority during the frenzied practice-squad signing time on the day following the cut to 53. It will vary from team to team depending on competitive status (i.e. are you a genuine contender or a rebuilding team?) and offensive and defensive systems.

Priorities for Choosing the Practice Squad

Our general priorities with the Colts were as follows:

1. A third quarterback. A veteran was preferable unless we had a young player, such as Sam Ehlinger with the Colts and Sam Howell with the Commanders.

2. Ninth and 10th offensive linemen (same guideline as above).

4. Hot-shot rookies. Players we cut or cuts from other clubs who we felt had a high chance of success with us in the future. There are not a lot of these players available, something of which we were reminded in 2009.

In preparing for that year’s draft, we knew we needed a punter and debated whether to select Pat McAfee with a late-round draft pick or try to sign him as a collegiate free agent. We decided to draft him in the seventh round. We were concerned, however, that he wasn’t quite ready for the top job. If that were the case, we hoped to get him through waivers at the cut to 53 and sign him to the practice squad.

After his preseason performance, we realized there was no way we would get Pat through waivers. So, we gambled and kept him active, anticipating we would get him through to the practice squad after the first game if his performance didn’t measure up.

Guess what? It did and the rest, as the saying goes, is history.

There will be a pop quiz on the practice squad next week to see if you’re qualified to be an assistant GM. Be sure to study hard.