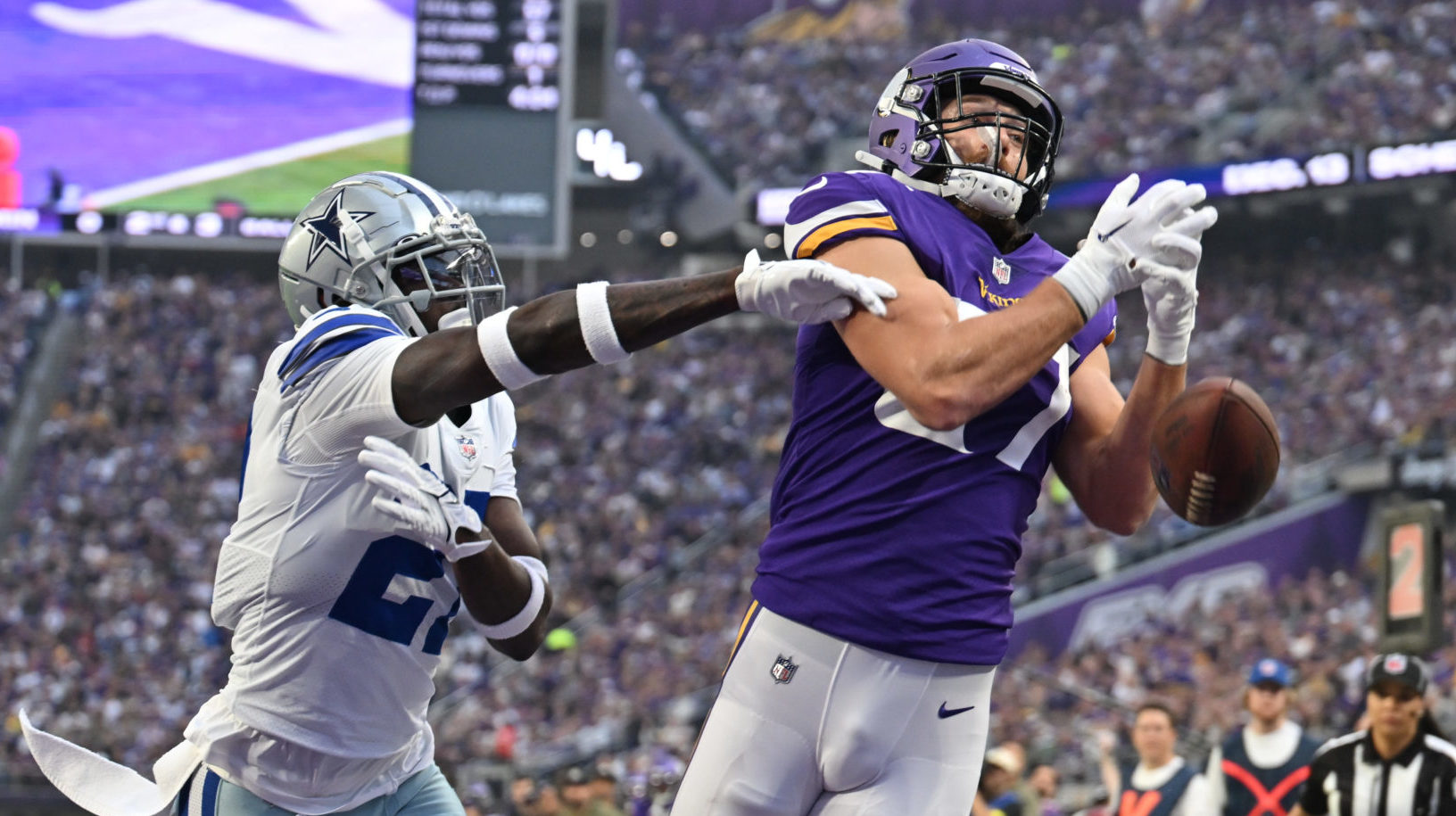 At 9-2, the Minnesota Vikings are off to their best 11-game start since 2017. First-year head coach Kevin O’Connell has done a good job turning them around from their 8-9 record last season, winning close games that a year ago they probably would have lost.

With that said, the Vikings shouldn’t be looked at as one of the NFL elites this year. Some are comparing them to real title contenders like the Philadelphia Eagles, Kansas City Chiefs and Buffalo Bills. To me, this is a stretch. Here’s why:

While Justin Jefferson, Dalvin Cook and T.J. Hockenson might be able to power the Vikings’ offense to do enough to win games against bad teams, their defense is what likely will hold them back from winning the Super Bowl.

They currently rank last or second-to-last in six major defensive categories: yards per game (390.7), passing yards per game (276.1), yards passing per attempt (8.25), completion percentage (69.3), explosive receptions (72), and yards per play (6.05). Even in an NFL where offense reigns supreme, it is very difficult to compete with the better offenses in the league with a defense playing that poorly.

The comparison with other Super Bowl hopefuls from the NFC is stark:

The scheme defensive coordinator Ed Donatell has implemented is questionable. The Vikings are playing just 11.8 percent of their coverage snaps in man (the 2nd-lowest percentage in the league). They also blitz on only 17.7 percent of their opponents’ drop-backs (7th-lowest). Playing soft zone coverage on the majority of snaps is a recipe for being a bottom-dwelling defense.

Over the past three weeks, the Vikings are giving up an average of 32 points per game. This is what happens when you start to face explosive offensive teams like the Bills and Cowboys. With nine wins, the Vikings will surely be in the playoffs and could clinch the NFC North as early as this week. Still, their defense is not living up to the billing and will need to improve to compete with the better teams in the NFC and the NFL as a whole.

While the Vikings are close to the top 10 in points per game (23.8), overall, their offense isn’t nearly as potent as the ones deployed by the Eagles, Chiefs and Bills. They’re middling at best in some of the most important categories used to measure offensive efficiency. Meanwhile, the three elite offenses in the league rank no lower than ninth in any of these categories and, more often than not, are in the top three.

The narrative that the Vikings have a high-powered offense is somewhat misguided. They’ve won many of their games by one possession against lesser opponents in the Lions, Saints, Bears and Cardinals. Their one signature win against Buffalo came because of a few fluke plays and everything falling their way in the final minutes of regulation.

There’s no debate: Justin Jefferson is one of the NFL’s elite wide receivers, but the Vikings’ offense needs other pieces around him to step up in the final six games and into the postseason to keep up with the best offenses in the league and overcome their defensive struggles.

That ultimately will determine how far they can go this season with their flawed roster and questionable play so far.