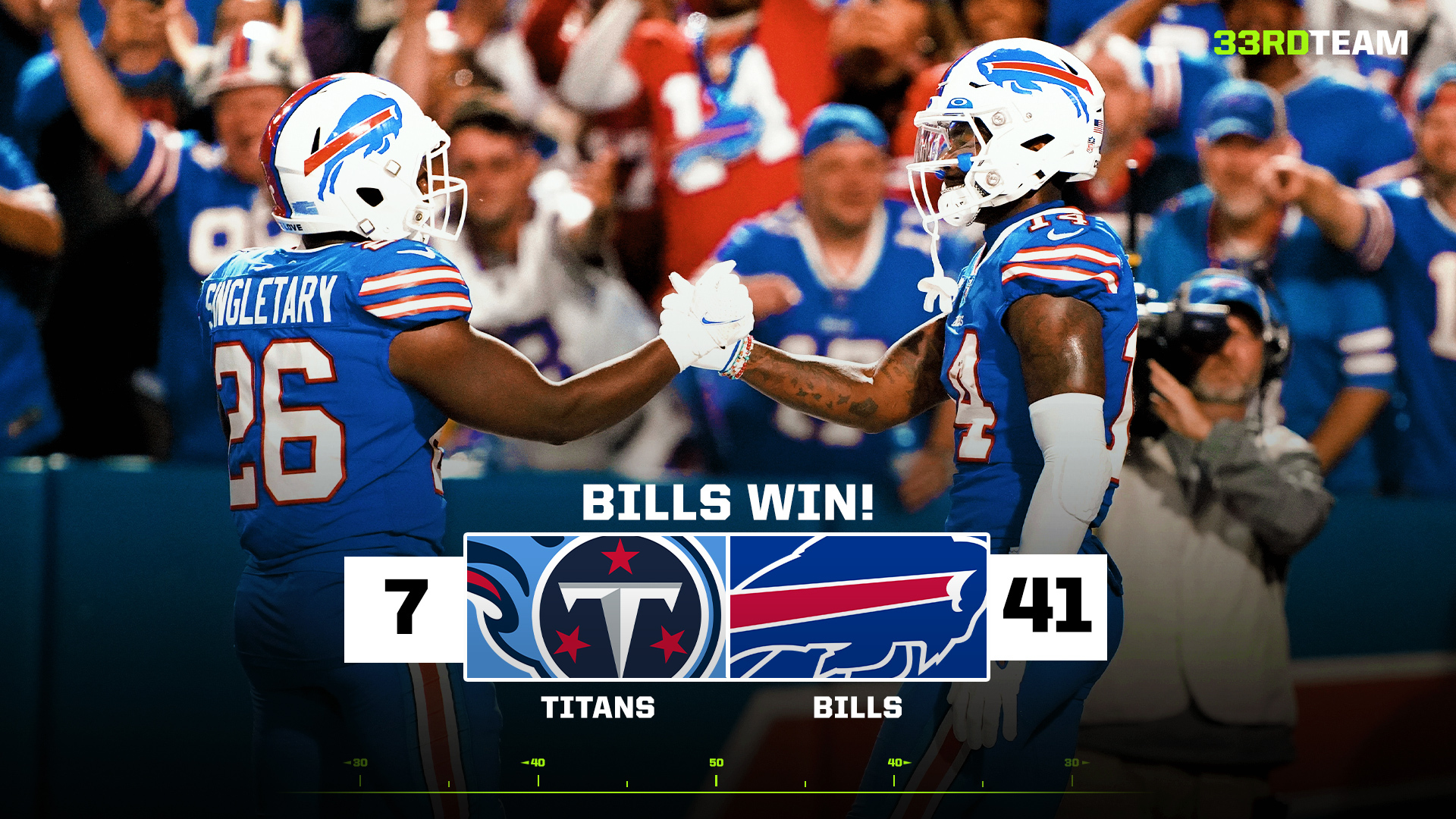 The Buffalo Bills throttled the Tennessee Titans on Monday Night Football 41-7. After Tennessee scored a touchdown on their first drive, Buffalo rattled off 37 unanswered points. Thanks to dominant efforts from Josh Allen and Stefon Diggs, the Bills offense picked up where they left off last week in Los Angeles. They were also aided by three second-half turnovers from the Titans, all of which resulted in points for the Bills. Before the third quarter ended, Buffalo pulled most of their starters out of the game to prevent injury.

Stefon Diggs could not be stopped, regardless of who the Titans lined up across from him. He caught 12 of 14 targets for 148 yards and 3 touchdowns. It certainly didn’t hurt that Josh Allen was dropping dimes all over the field all night for Buffalo. Allen completed 26 of his 38 passes for 317 yards and 4 touchdowns. He was only sacked once and recorded a passer rating of 128.9. The key sequence for the Bills came when rookie wide receiver Kyle Phillips muffed a punt on his own 20-yard line, which Buffalo recovered. They only scored a field goal, but Ryan Tannehill threw interceptions on the following two drives. The former led to Diggs’ third and final touchdown of the game. Buffalo linebacker Matt Milano returned the latter for a touchdown to expand the Bills’ lead to 34.

On the other side of the field, Tennessee struggled to get anything going after their initial drive. Buffalo gave them an opportunity after turning the ball over on downs on their second drive. But the Titans could not capitalize on the opportunity. Following their second drive, the Tennessee offense would not cross midfield again until early in the fourth quarter. As previously mentioned, Ryan Tannehill threw two costly interceptions; he barely completed 50% of his passes. The Titans’ defense failed to muster any resistance against the Bills’ offensive onslaught. Rookie quarterback Malik Willis replaced Tannehill late in the game, but he only completed one of four passes for 6 yards and fumbled near the red zone.