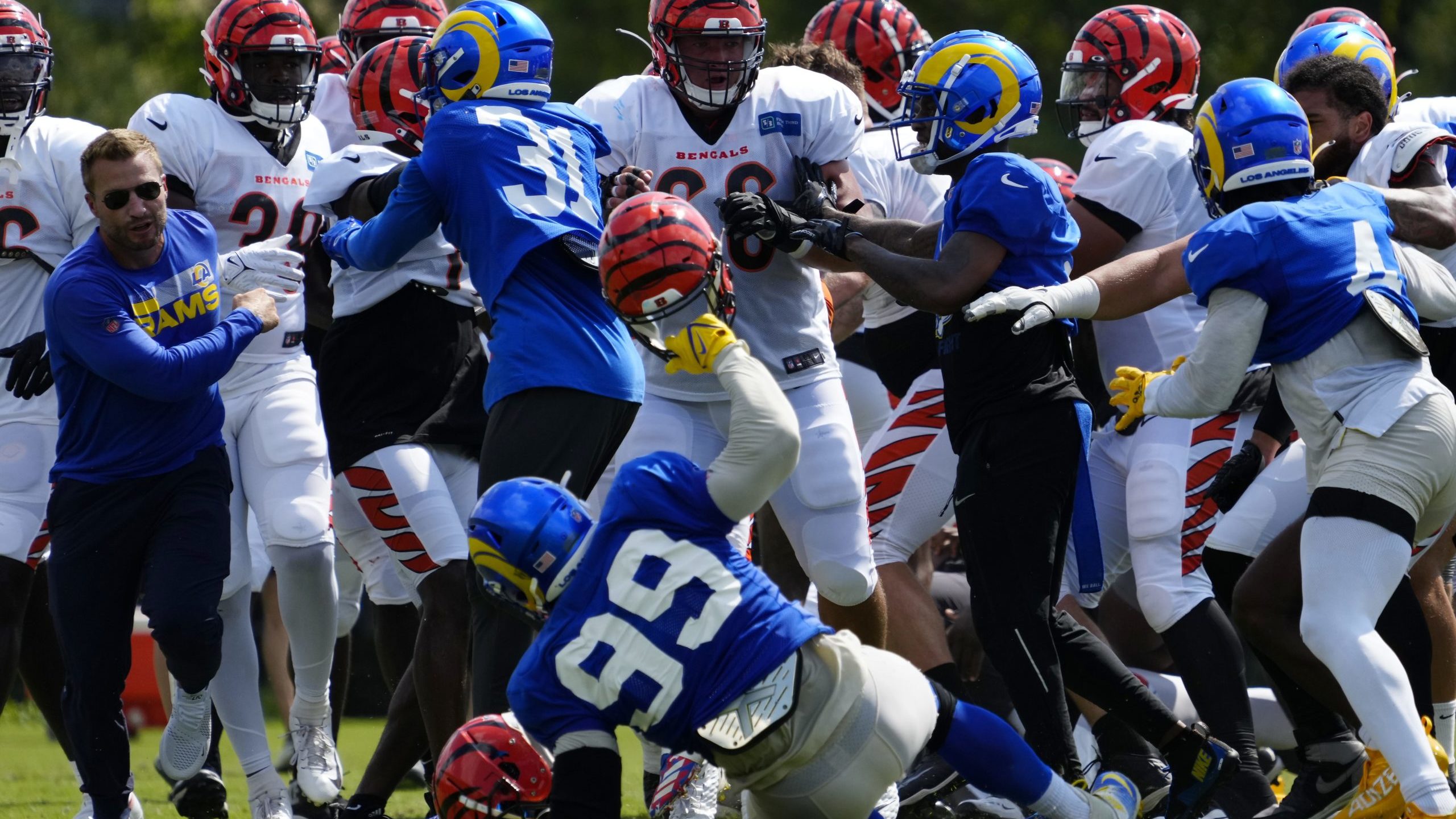 In the last five weeks alone, there have been three very disturbing fighting incidents in the NFL.

Two took place last week. In Tampa Bay’s game with New Orleans, a melee broke out at midfield in the fourth quarter. Following a pass, Bucs quarterback Tom Brady raced downfield to complain about the lack of a defensive-player-interference (DPI) call. Saints cornerback Marshon Lattimore responded by barking at Brady and directing a derogatory gesture toward him.

At that point, Bucs running back Leonard Fournette arrived on the scene and physically confronted Lattimore. The Saints’ defensive back responded by shoving Fournette forcefully, causing Fournette’s head to snap back. (It should be noted that even a “forceful shove” by an NFL defensive back would knock an ordinary person head over heels). Then, Bucs wide receiver Mike Evans entered the fray. Evans was on his way to the bench, anticipating a Bucs punt. He turned and charged into the melee and applied a forcible forearm shiver (or a punch, depending on your point of view) to Lattimore. A scrum ensued.

Fortunately, officials gained control before things got completely out of hand. Officials called unnecessary roughness penalties on both teams, therefore resulting in no loss of yardage for either. More importantly, they ejected both Lattimore and Evans, the latter who subsequently received a Week 3 suspension.

Besides that disgraceful incident, Buffalo Bills reserve offensive lineman Bobby Hart was also suspended for Week 3 after throwing a punch at a Tennessee Titans player at the end of their Monday night game. The attempted blow missed the player and instead landed to the head of a Titans coach.

Incident No. 3 occurred during a preseason joint practice between the Cincinnati Bengals and the Los Angeles Rams. Rams All-World defensive tackle Aaron Donald engaged in a dangerous helmet-swinging outburst when a fight broke out between the teams. Since game rules don’t apply during practice, there was a hue and cry in the media for the league office to step in and discipline these so-called joint-practice violations. League spokespersons indicated their willingness to do so, though such a policy would likely have to be vetted by the NFL Competition Committee, approved by club owners and the players’ union.

Following the Evans-Lattimore incident, the league’s disciplinary officer, former NFL player and congressman Jon Runyan, suspended Evans for this week’s game against Green Bay. Buccaneers people, including Evans and Brady, complained about the severity of the punishment. Evans, as is his right under the collective bargaining agreement, immediately appealed. Former NFL wide receiver James Thrash, the league’s appeals officer, upheld the suspension. There was an additional factor involved in the Bucs-Saints matter in that Evans and Lattimore had a previous dust-up.

Evans’ defense, as told to Jarrett Bell of USA Today, was as follows: “No, they shouldn’t suspend me. In 2017, when I really cheap-shotted (Lattimore), that was real. His back was turned, so I hit him really hard. I shouldn’t have done that. I didn’t get ejected. They let me keep playing.”

Evans’ contention is that since he was ejected this time around, he should not be suspended. Evans also referred to a 2017 fight between Jaylen Ramsey, then with the Jacksonville Jaguars, and A.J. Green, then with the Bengals, when both were ejected but not suspended. Implicit in Evans’ argument is the philosophy that he is entitled to “come to Brady’s defense” and that the severity of the level of contact and aggression in a fight should also be determinative in a suspension.

Why do I bring this up?

I was a member of the NFL Competition Committee for two decades. Additionally, in 1993, I was the league’s vice president of football operations, working under Paul Tagliabue. We dealt with exactly the issues of fighting we have recently seen.

In the years since I occupied the VP of football operations position, the structure whereby former players such as Runyan, Thrash and Derrick Brooks hear disciplinary cases, has been inserted in the collective bargaining agreement. This is a very good process and those involved did an excellent job in these recent cases.

The philosophy with respect toward fighting has existed in the league since the 1960s. The message is that fighting has no place in the game. Full stop!

What concerns me greatly is that Mike Evans apparently believes that “protecting his quarterback” justifies fighting and the severity of the blows landed should affect punishment. In addition, he believes that ejection should obviate suspension.

That approach to fighting is simply wrong. In my opinion and that of all of the head coaches with whom I have worked, there is no place for fighting in our game. We are not hockey. We have never, in the modern era of the NFL, tolerated fighting.

During this past summer, there were apparently a number of fights in joint practices. This is not good. What was worse was internet and talk-radio chatter to the effect that such fighting was “boys will be boys” and evidence of positive aggression.

This is simply wrong and corrosive to our game. This philosophy can’t be allowed to seep into our sport. There are many reasons to strongly discipline those who fight, but the most important one is that our players are huge, exceptionally strong and exceptionally combative. Once these altercations become physical, they are difficult for officials to control and can escalate to a serious brawl quickly.

Brawls can lead to injury. No fan, team or network wants a player, coach or official seriously injured simply because players can’t control their emotions. Self-discipline is a bedrock principle of how good teams and players approach the game.

Here’s an example of how things should be done. Early in Tony Dungy’s tenure with the Colts, we had a practice fight. Tony stopped everything, called the team up and said, “I don’t like fighting. I learned this from my coach, Chuck Noll. It cost us penalty yardage. It leads to ejection and suspension and that hurts our team. You can be needlessly hurt and that affects you and our team. I’m not going to break up fights and neither are the coaches and staff. If you want to fight, go ahead. But remember this, I control who plays. If you fight, you won’t play. You will be standing next to me on the sideline.”

We never had another fight during Tony’s or Jim Caldwell’s tenure.

Three serious fighting incidents in a five-week period is disquieting. The Evans-Lattimore and Hart issues were well handled by the league office, but the NFL needs to remain vigilant and strong. The Competition Committee should look hard at the possibility of disciplining joint-practice conduct and reaffirm the long-standing prohibition against fighting and/or taking part in these melees.

Coach Dungy’s favorite coaching maxim — “No excuses, no explanations” — should continue to be applied one hundred percent to fighting in our game.