Former league MVP Rich Gannon breaks down the quarterback situations of every NFL team. This is the second of eight divisional breakdowns.

The process of finding the right quarterback includes identifying the player, recruiting and/or drafting the player, and once the player is in the program, developing the player. Few organizations do that well, and that is why we have this coaching carousel each year.

Here’s a look at the NFC West, with three tiers for the quarterback situation: top level, middle and bottom level. Within those tiers, some quarterbacks will be trending up or down or will be neutral.

Let’s go with the middle tier, but who are we talking about? Is it Brock Purdy, Jimmy Garoppolo or Trey Lance?

When you look at what Purdy has done and how he’s played so well, you can’t not look at Kyle Shanahan and Brian Griese and how they’ve coached him. Purdy’s not the most athletic guy and wouldn’t be the first guy you’d pick in a throwing competition. Yet, he wins.

Of course, there are the skill players on offense, and Kyle and Brian build game plans with what he is comfortable with. Oh, yeah, and they have the NFL’s No. 1 defense.

With Lance, they handed him the keys to the car, and he gets hurt early. Garoppolo kind of fell into their laps after some uncertainty with his role, and he’s a smart player who understands his strengths and has patience. Then, they get Christian McCaffrey in a trade before the deadline plus Deebo Samuel and George Kittle get healthy. Their defense is creating turnovers, points and good field position for the offense.  That’s a pretty good situation to step into for both Garoppolo and Purdy.

You can’t say any of those guys are top-tier QBs. They can win with Purdy, but there are still too many questions out there, so they land in the middle tier. 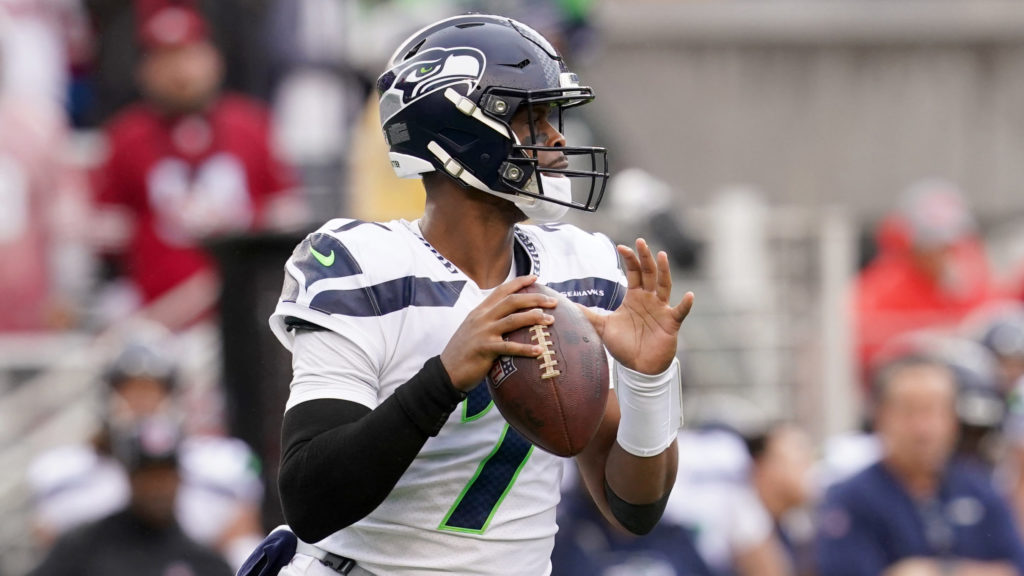 I think adversity is a necessary thing for all quarterbacks. Few come into our game like Joe Montana and Dan Marino and seem to have it figured out. Most of us have to go through adversity, and Geno Smith did with the Jets, which was difficult and humbling. The team, coaches and fan base lost confidence in him and ran him out of town.

But he went to the Giants and had a chance to learn how a real pro does it under Eli Manning, and then was with the Chargers behind Philip Rivers. I think he benefited from watching Russell Wilson in Seattle, too.

The Seahawks were anticipating going with Drew Lock — acquired in the Wilson trade with Denver — but Smith hit the road running. He went from lower tier to middle tier just like that — impressive.

Smith is in the middle group but trending up. He showed toughness, durability and was productive. He has matured, and I think they’ve got to feel good about Smith moving forward.

I said before training camp it was the worst quarterback situation in the league, and I was wrong. I think general manager John Schneider and coach Pete Carroll are smart and always looking at that position, and they got it right this season. Clearly Matthew Stafford, when healthy, is in the lower part of the top tier. There’s a question mark because when someone has a neck or spine injury, and at his age (35 next season), some guys take a couple of weeks off, have conversations, and are not sure they want to do this anymore. Stafford was only 3-6 in his starts this season and didn’t play well. The Rams didn’t play well around him, and he had that elbow injury, too. Missing left tackle Andrew Whitworth, who retired, was a huge issue for Stafford and the whole team.

He is a little bit like Kirk Cousins; he needs a clean pocket to function. Without that is when his decision-making can struggle. But when he’s rolling and has a good offensive line, a wide receiver like Cooper Kupp, and is playing for Sean McVay, one of the NFL’s better play-callers, it works.

Look what happened when they didn’t have Stafford. Baker Mayfield had a couple of moments there, but overall that was not good.

Kyler Murray struggled in 2022, only played 11 games (torn ACL in Week 14) with career-low stat totals, was 3-8, and they couldn’t win at home. They were the most undisciplined offense, and their communication was the worst in football. Look at the breakdowns they had, so many blown plays.

Murray’s numbers in September and October are better, then he fades. He struggles physically to sustain success during a 17-game season. He wears down and has trouble functioning in the pocket. I also see a lack of maturity when you watch his body language. Then, for that organization to put that practice clause in his contract before they deleted it, you raise your eyes.

I question how prepared Murray is to play. Arizona is trending toward the bottom, and it’s not a healthy situation. Clearly, the Cardinals felt the need for change this offseason. On the same day, coach Kliff Kingsbury was fired and general manager Steve Keim stepped down. They’ve since hired Monti Ossenfort as their new general manager.