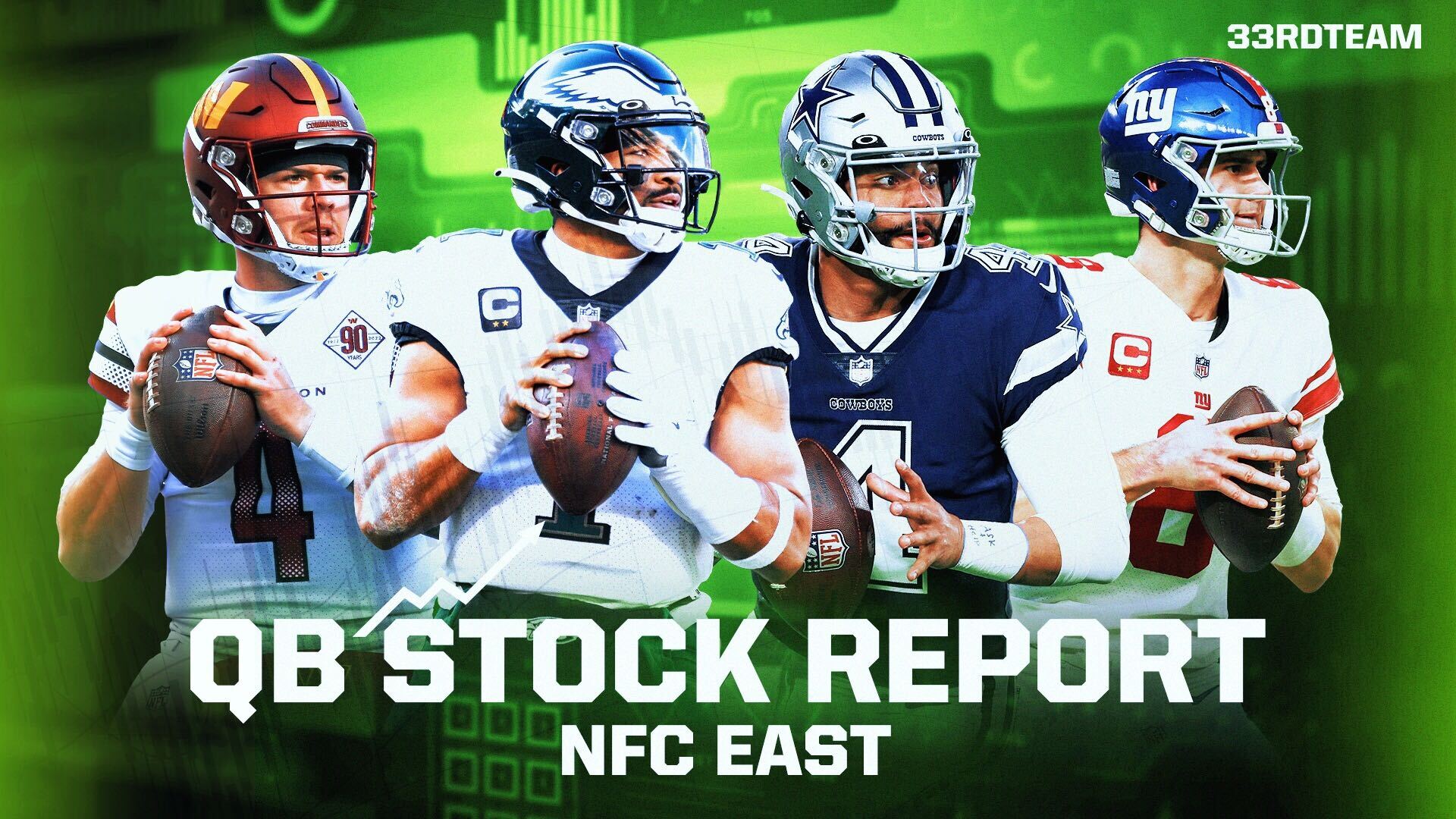 Former league MVP Rich Gannon breaks down the quarterback situations of every NFL team. This is the third of eight divisional breakdowns.

Here’s a look at the NFC East, with three tiers for the quarterback situation: top level, middle and bottom level. Within those tiers, some quarterbacks will be trending up or down or will be neutral. 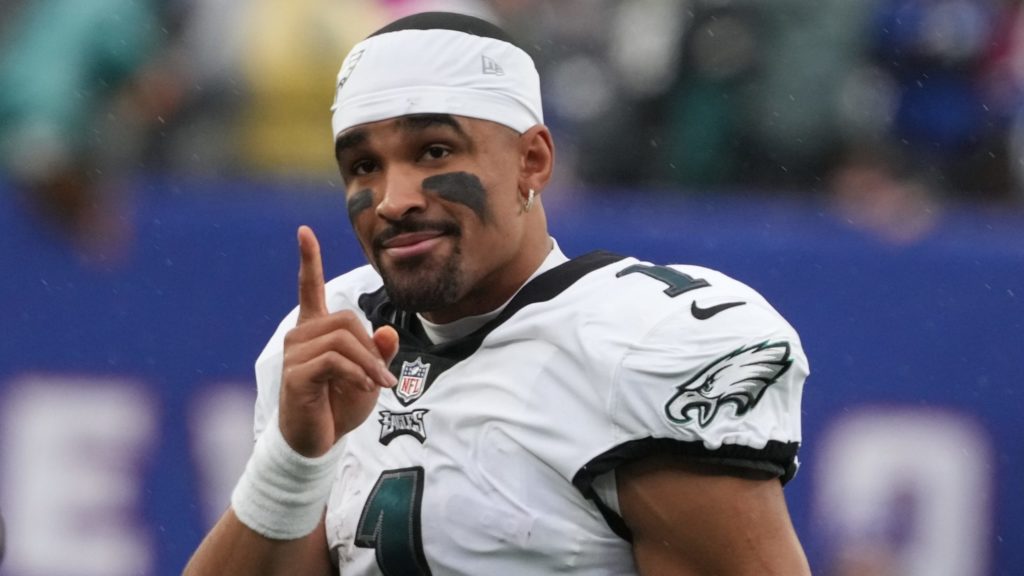 Jalen Hurts makes the upper tier, but he barely makes the bottom of that tier consisting of 11 quarterbacks. We need to see more of his body of work.

Hurts has had an outstanding season and is undeniably an MVP contender, but in order to stay in the upper tier he has to start stacking those seasons. He’s made strong situational football improvements such as third- and fourth-down passing, red zone efficiency, and becoming a guy who can play from the pocket.

That is encouraging. The big question last season was his ability to process and function in the pocket, which is an area he improved significantly this season. He already was a threat as a runner, and that continued this season.

The Eagles’ trade for A.J. Brown was huge for Hurts’ development, giving him a go-to option on the outside. Hurts definitely is trending up.

Another guy at the bottom of that upper tier is Dak Prescott. He was close to being higher, but then you look at some of the late-season problems, and I had to drop him. Prescott had the thumb injury, then came back and played well. But the interceptions are a concern.

In the final regular-season game, the pick-six he threw at Washington was bad. It was a bad route, a bad read, a bad decision, and a bad throw. He can’t keep doing that. He did bounce back by throwing four touchdowns and more than 300 yards against the Buccaneers in the Wild Card round.

Prescott has a lot of intangibles you want at that position, but for whatever reason, the Cowboys lose to teams they should handle. His consistency is a concern. He does a lot of things well, can create and extend plays, and has the toughness and leadership you need at the position.

He has gotten the big contract and has won a lot of games; you can’t take that away from him. But we haven’t seen him lifting everyone around him consistently.

I’m encouraged by what I have seen from Daniel Jones.  A few months ago this was a guy in trouble. There was talk he wouldn’t be back, and the Giants didn’t pick up the fifth year of his rookie contract this past offseason. Now, he’s embraced the changes – there had been too much change around him – and Coach Brian Daboll has embraced this kid and built him up.

Look at that roster and maybe it’s the worst in the NFL at receiver, and yet this kid has gone out and had his best season. He’s gone from 23 turnovers in his rookie season to 16 in 2020 to 12 in 2021, and this season he was at eight.

I see the arrow trending in the right direction. He’s in that middle tier. This is a young player who has the ability to continue to trend up. He was trending toward the third tier a year ago, and he is now rising toward the top tier based on what he did this season. 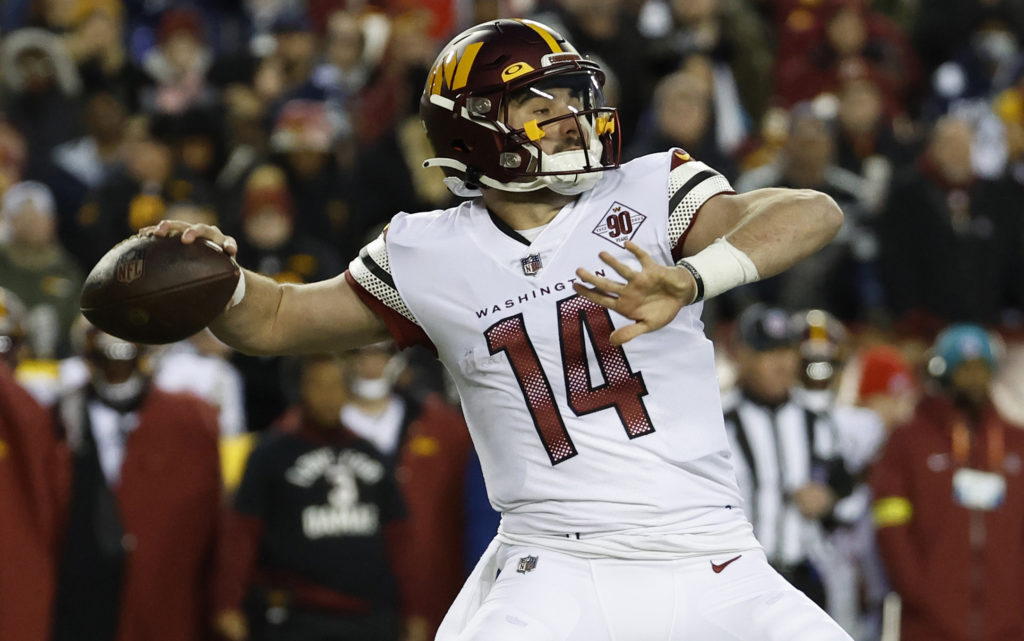 The Commanders definitely land in the lower tier whether it’s Carson Wentz or Taylor Heinicke, and they fired their offensive coordinator (Scott Turner) after the end of the 2022 season. Washington hasn’t gotten that position right and now is looking at its division and thinking, “We have the worst QB situation in the NFC East.”

Getting Wentz backfired. Heinicke is a functional backup who gives you some juice. He plays hard, throws his body around and you can win some games with him. He’s good to have on your roster but not a franchise quarterback. That is not the position Coach Ron Rivera wants to be in.

The team did start Sam Howell against the Cowboys in Week 18 — a game they won 26-6 — and apparently, Howell played well enough the team is considering him long-term. Still, he’s a fifth-round pick with just one start under his belt.

Solutions? You won’t find a lot of great quarterbacks in free agency and there are no guarantees in the draft either. Washington is in a tough spot this offseason.