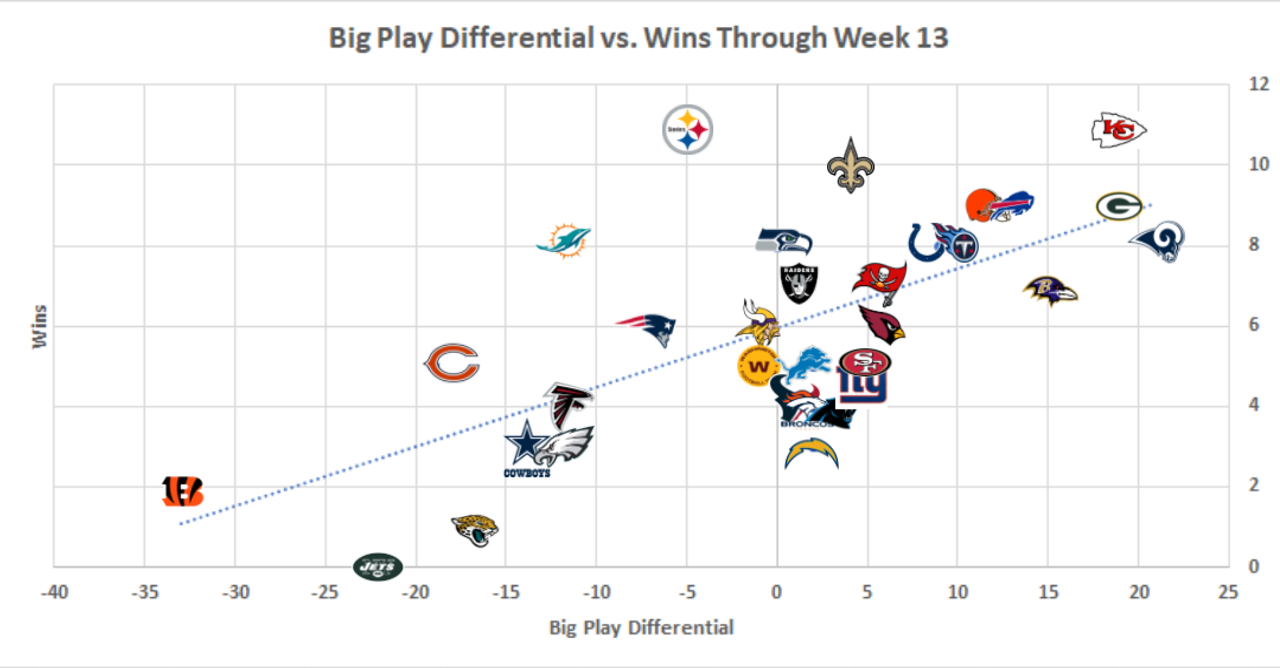 The 33rd Team introduced the Big Play Index to show how NFL teams stack up in terms of big plays produced and big plays allowed. Through 13 weeks of the 2020 season, the Los Angeles Rams top the Big Play Index with a differential of plus-21. Last week, we noted that the Packers were closing in on the Rams. As of this week, several teams are near the top.

For the first time this season, every team in the top 10 in the Big Play Index has a winning record. The Kansas City Chiefs are tied with the Packers for second at plus-19.