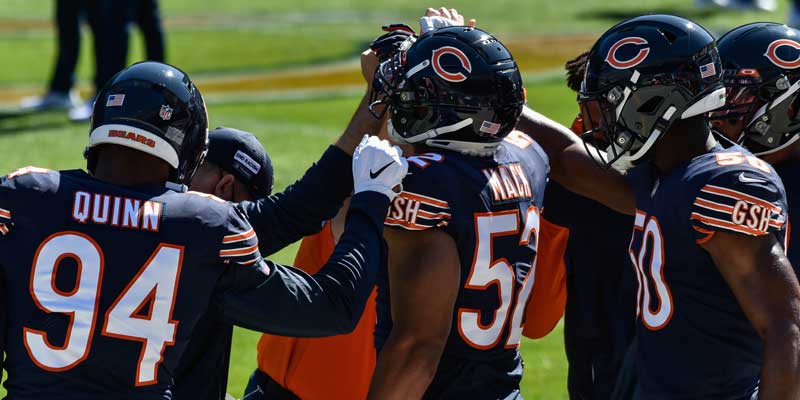 This is the sixth cluster of teams in our study of traits associated with NFL playoff teams. For a look at how we established these clusters, click here.

These teams excel in preventing the pass and stack up well against the run. Defense can win championships, but without offensive success, many of the teams in this cluster did not make it very far.

Our final remaining Super Bowl Champion, the 2012 Ravens, falls here, joined in 2019 by the Steelers, Bears, and Jets. Of the 56 teams in this category, only 16% have made the playoffs, but the 2010 Bears make it a pair of conference championship appearances.

With just under 7 wins as the regular season average, we’ve reached the first cluster where teams can succeed despite their inclusion, rather than because of it, as well as the first team to get the first overall pick in the 2010 Panthers (2-14). Although some of the teams in this group like the 2010 Ravens (12-4) absolutely had a fantastic pass defense, several of these teams faced repeated “run-out-the-clock” situations due to their offensive inability, so the title must be taken with a grain of salt.

As mentioned, these teams aren’t successful on offense. As one of only two clusters to struggle with both passing and running the ball, the fact that any of these teams made the playoffs is a testament to the strength of their defense. With 25th percentiles that only rank above 4% of teams for passing touchdowns, 7% of teams for passer rating, 9% of teams for rushing yards per carry, and 12% of teams for third-down conversions, these teams frequently had some sort of disfunction or collection of injuries on offense, like the 2019 Steelers who lost Ben Roethlisberger. More worryingly, this cluster struggled situationally, allowing the third-most sacks and the most giveaways, significantly lowering the floor and allowing some teams to bottom out in what is our largest cluster.

However, these same teams boasted the second-best pass defense of any cluster by some margin, although this is undoubtedly impacted to some extent by the opponents who simply didn’t need to pass. This impact seems to be limited, though, as the efficiency metrics such as the average 6.8 passing yards allowed per attempt and 82.4 passer rating allowed remain strong. Furthermore, the run defense was solid, allowing a 25th percentile for rushing yards allowed per carry that ranks above 55% of all teams, but likely wore down throughout games and lacks the consistency of the pass defense.

The Browns and Jets both spent half of their decade here with 5 seasons each, while many other teams managed a few years between more successful teams. The Ravens, Bills, Bears, and Dolphins each put in 4 seasons, while six teams put in three seasons each.

The 2020 Chicago Bears and Denver Broncos fit in this cluster according to their stats through week 11. The Bears and Broncos both have stout defenses and putrid offenses and while the Bears are still on the bubble to make the playoffs, their chances do not look good when grouped with these teams.

The Super Bowl champion Ravens are the clear outlier in this group where postseason success is the exception rather than the rule. At least the defense can keep things close for these teams, which is more than can be said for the final cluster.