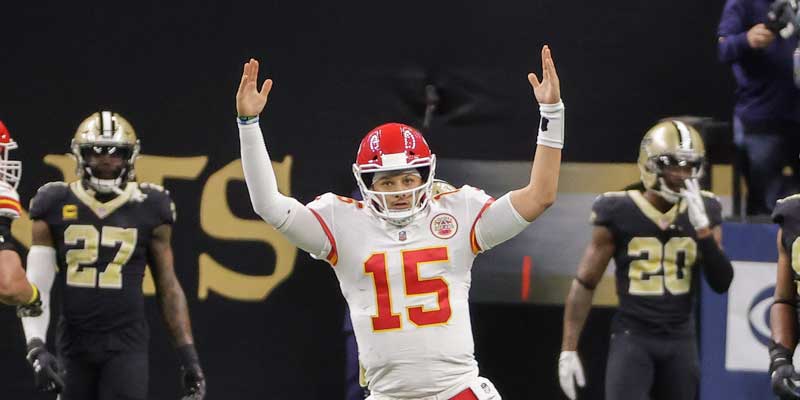 Here are five key takeaways from Week 15 in the NFL:

Chiefs-Saints was a heavyweight bout, as expected. Patrick Mahomes was excellent once again, completing passes to eight different receivers in Kansas City’s win. Mahomes’ accuracy outside the pocket was incredible. Drew Brees, meanwhile, started off slowly in his return to action. Brees missed his first five passes, but he also led a late rally that fell just short. The injury to Chiefs rookie RB Clyde Edwards-Helaire could be a massive blow for Kansas City, but that shows the importance of the Le’Veon Bell signing.

The Jets had themselves a great win Sunday, as they outplayed the Rams from the start. The game featured a strong performance from Sam Darnold – he had no turnovers and was 7-for-17 on third down. The Rams only converted two third downs the whole game. As of now, Jacksonville has the coveted No. 1 pick in the draft. Ironically, Brandon Mann (the punter) may end up being the reason Trevor Lawrence goes to the Jaguars instead of the Jets.

Despite losing to the Cardinals, Eagles rookie QB Jalen Hurts took another step in his development as a potential starter. He completed 24 passes for 338 yards and added another 63 yards rushing — with no turnovers. The Eagles were also very efficient in the red zone (75%). While Philly is a long ways away from having to make a decision on next year, Hurts looked comfortable and productive as their QB.

Ironically, Dez Bryant and Antonio Brown both had their first TD reception of the season Sunday – Bryant for the Ravens and Brown for the Buccaneers. They are two great examples that in this unusual year, teams will need to have contributions from as many sources as possible. Another intriguing name to keep an eye on down the stretch: Josh Gordon. Does he have anything left to help Seattle?

5. Bills will be a tough out

The Buffalo Bills, who clinched the AFC East title for the first time in 25 years, will be a tough out in the playoffs. They don’t beat themselves and are strong in all three phases of the game. They’re fifth in offensive efficiency and fourth in creating opponent turnovers. Josh Allen is completing 68.7% of his passes, sixth in the league. Cole Beasley and John Brown (when healthy) have the ability to make plays when Stefon Diggs gets all of the attention, so they can still be productive in the passing game. Allen’s game continues to improve – he may be the second-best QB in the AFC.