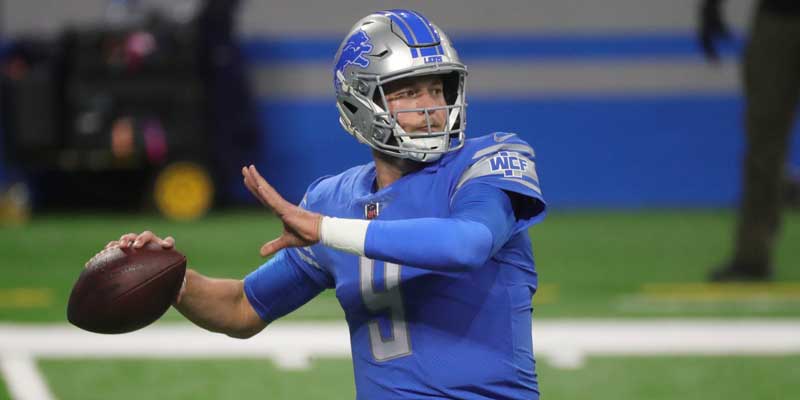 The blockbuster trade that sends Matthew Stafford to the Los Angeles Rams in exchange for Jared Goff and draft picks won’t be official until the NFL year begins on March 17, but there is plenty to unpack before then. It’s the first time two No. 1 overall draft picks have been traded for each other. That’s the history lesson. Here are the more immediate ramifications:

It’s easy to call Stafford the big winner in this trade. He goes from a team that allowed the most total yards and points in the NFL in 2020 to the team that allowed the least. Stafford passed for 4,084 yards with 26 TDs and 10 INTs last season, and the skill-position players he’ll have with the 2021 Rams is comparable to the cast he had in Detroit.

Cooper Kupp (92 receptions) and Robert Woods (90) both had more receptions than Stafford’s leading receiver in Detroit (Marvin Jones, 76). Cam Akers emerged late in his rookie season and looks to be a factor in the running game.

Good for both sides

Considering they were going to move on from Stafford, I think the Lions will be okay. With a healthy Kenny Golladay, tight end T.J. Hockenson and some solid running backs, I think Detroit’s offense has more talent than people think. New head coach Dan Campbell and offensive coordinator Anthony Lynn will lean heavily on play-action passing, which is Goff’s strength.

That said, it may not be a fait accompli that Goff is the Lions’ QB of the future. I wouldn’t be surprised to see the Lions draft a quarterback this year or next year.

No first-round pick? No problem

Stafford joins a team with a solid group of core players: Kupp, Woods and Akers on offense, Aaron Donald and Jalen Ramsey on defense.

The Rams have won 30 regular-season games over the last three years, which is all the more impressive considering they haven’t had a first-round draft pick since trading up to get Goff in 2016. The Rams are currently in the midst of a 7-year run without any first-round picks:

Credit Rams GM Les Snead for making the most of his picks in Rounds 2-7.

Assuming the Houston Texans are still planning to accommodate Deshaun Watson’s trade demand, they stand to be a big winner of the Stafford trade as well. If Stafford fetched two first-round draft picks, a third-rounder and a starting quarterback who’s been to the Super Bowl, then the market for Watson just ratcheted up a notch.

As has been reported in multiple sources, several teams had inquired about Stafford – so those teams presumably are in play for Watson. In light of what Detroit got for Stafford, three first-round picks won’t be enough to get Watson.

Rams and the cap

Remarkably, the Rams will have three players on their roster taking up more than $72 million in cap space:

The Stafford trade continues a trend that Jalen Ramsey and Jamal Adams started — and Watson is certainly following as well: Players who forced themselves out of a situation they didn’t want to be in. It will be interesting to see if Carson Wentz, Aaron Rodgers and/or Dak Prescott follow suit. Never have we seen five high-profile QBs potentially driving changes to where they’re playing as much as these five possibly are in 2021.