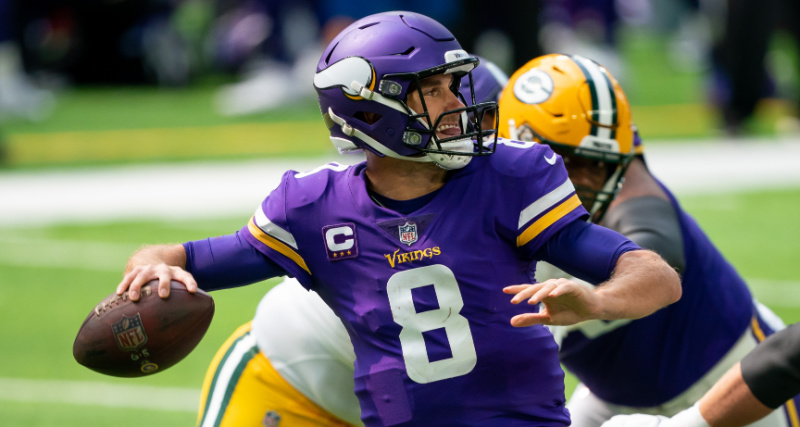 Fully guaranteed contracts are a way of life in the NBA and Major League Baseball. But they have been almost non-existent in the NFL.

Kirk Cousins and his agent Mike McCartney used leverage from the franchise tag and free agency to coax a three-year, $84 million fully guaranteed deal from the Minnesota Vikings in 2018.

Aside from first-round rookie deals, that was the only completely guaranteed contract in the league until 2 ½ months ago when Cleveland Browns owner Jimmy Haslam stunned the rest of the league by trading for Deshaun Watson and handing him a guaranteed five-year, $230 million contract despite the fact that the quarterback is being sued by two dozen women for sexual assault or misconduct.

The big question right now: was the Watson deal an aberration caused by a desperate organization that has made the playoffs just once in the last 19 years, or will there be more to follow?

Two weeks after Watson signed his deal, NFL Players Association president J.C. Tretter tried to capitalize on it by posting an open letter on the union’s website urging agents and players to use Watson’s $46 million-a-year contract as precedent and pound the table for their own guaranteed deals.

“We may have hit a turning point with the Cleveland Browns and Deshaun Watson,’’ Tretter wrote in the letter. “For years, clubs have told agents that a main reason for not guaranteeing contracts was the ‘funding rule’ – an archaic league rule that says teams must put into escrow an amount of money equal to what they are guaranteeing a player in any contract beyond the first year.

“Thanks to Jimmy Haslam and (Browns general manager) Andrew Berry for doing what other NFL owners and executives have mostly been unwilling to do. We once again have proof that the funding rule is an artificial barrier to guaranteed money.

“The question now becomes can we – agents, players, and the union – work together to seize an opportunity and set a true standard for future players. Time will tell, but we hope that this becomes a turning point. One that our union stands ready to support.’’

But is Tretter being overly optimistic? One crazy contract handed out by a desperate franchise hardly means the league is about to change the way it does business.

The funding rule was created by the league in the late-60s when teams were making a fraction of the revenue they’re making today. It wasn’t specifically created to discourage handing out guaranteed contracts, but it has effectively served that purpose for more than 50 years.

“[The funding rule] always has been an excuse [against guaranteed deals] and it’s always worked, except for Watson,” said Andrew Brandt, who has worked on both sides of the negotiating table, first as a successful agent and later as a vice president with the Green Bay Packers. He currently is the executive director of the Moorad Center for the Study of Sports Law at Villanova University.

“Now we get to see whether this is an aberration or not,’’ Brandt said. “Certainly, that’s what the owners and the teams are going to argue; that you can’t compare your guy to Watson.

“But if I’m (the Ravens’) Lamar Jackson or (the Bengals’) Joe Burrow or (the Chargers’) Justin Herbert, how dare you not ask for that. You have no character issues. You’ve played better than Watson did his first 2-3 years. I’m sure the teams are going to try to explain it away. But it’s going to be up to the agents to push the fact that this is now the precedent, regardless of the circumstances.’’

Jackson is entering his fifth NFL season. He has 105 career passing and rushing touchdowns. Unless he signs a new deal this summer, he will play this season under his fifth-year option for $23 million. He can become a free agent after the 2022 season, though the Ravens can use the franchise tag on him.

Burrow and Herbert both are entering their third seasons and have quickly established themselves as two of the league’s top quarterbacks. Burrow had 34 touchdown passes last year and led the league in yards-per-attempt (8.9) and completion percentage (70.4) while leading the Bengals to their first Super Bowl appearance in 33 years.

Herbert was the league’s Offensive Rookie of the Year in 2020 and has thrown 69 touchdown passes in his first two seasons.

The soonest that Burrow and Herbert can sign a second contract is after the ‘22 season. But their teams have their contractual rights through 2024 if they exercise the fifth-year option like the Ravens did with Jackson.

“There’s going to be a lot of pressure on the next couple of quarterback deals, both on the team’s side and the agent’s side,’’ said Joe Banner, a former top executive with both the Browns and the Philadelphia Eagles.

“It’s going to be very hard to walk in with Joe Burrow or Justin Herbert, both of whom I think are better players than Watson and don’t have the other question marks and uncertainty going on with them as far as when they’ll play, if and when they’ll be suspended and all that kind of stuff. If you’re their agent and you can’t get a guaranteed deal for them, I would think you’re going to be at very high risk of getting fired.’’

The eye-popping 10-year, $503 million contract that the Chiefs’ Patrick Mahomes signed two years ago had $477 million in “guarantee mechanisms,’’ but only $63 million of the $503 million was actually guaranteed at signing.

Most of the other NFL owners are furious with Haslam for giving Watson a $46 million-a-year fully guaranteed deal, though they’ve kept their public criticism to a minimum.

“I wish they hadn’t guaranteed the whole contract,’’ Ravens owner Steve Bisciotti said in April. “I don’t know that he should’ve been the first guy to get a full guaranteed contract. To me, that’s something that’s ground-breaking, and it’ll make negotiations harder with others.”

In Bisciotti’s case, that’s Lamar Jackson, who will be the next big test.

Again, Watson wasn’t the first veteran player to get a deal that was completely guaranteed at signing. Cousins was. But his $28 million-a-year deal was shorter – just three years, which made it a smaller financial risk for the Vikings, both from the standpoint of Cousins potentially underperforming and the amount of money the team had to put in escrow.

“Quarterback contracts have typically been four- or five-year deals with big signing bonuses,” said McCartney, who negotiated Cousins’ 2018 three-year deal. “And I get why because you don’t really have to worry about your quarterback getting cut.

“The No. 1 thing Kirk did was he empowered me. He encouraged me to take the approach we took when I brought it to him. And he also made it clear that I wasn’t going to get fired [for doing a shorter deal].

“That’s the concern for a lot of agents. You get close to a deal as an agent and the easiest thing to do if you have any insecurities – and we are a very insecure profession – is just get the longest deal possible and lock in a fee.”

Unless more players are willing to sign shorter guaranteed deals like Cousins did, McCartney is skeptical that we’re going to be seeing many more players getting fully guaranteed contracts.

“I think the funding rule is still a huge problem,” he said. “Agents are going to argue that there’s a precedent. But I just think it’s going to be truly difficult to capitalize on a fully guaranteed deal longer than three years.

“Rolling guarantees are certainly a possibility, for sure. Because you don’t have to invoke the funding rule. But five-year deals that are fully guaranteed at signing like Watson’s, I just don’t see it happening.’’

Banner isn’t so sure.

“I can see it spreading a little bit in the quarterback group and then eventually to some other positions,’’ he said. “I think initially it will be restricted to top-tier quarterbacks. But it will expand.”

That would make Tretter and players union chief De Smith absolutely giddy. But unless the union can get the league to deep-six its funding rule – which was a non-starter in the last CBA negotiations in 2020 — Banner thinks they’re being short-sighted.

“Listen, I understand where the union is coming from,’’ he said. “If I’m advocating for the players, that’s what I’m fighting for. That’s what I want.

“But under the current rules, it’s going to be challenging for the league to maintain. As more and more contracts become guaranteed, there absolutely will be owners who will either struggle or won’t be able to meet the current requirements of funding those future guarantees.’’

The NFL is making money hand over fist. The league’s salary cap is expected to increase $20 million to $25 million annually over the next several years.

“Some can afford this, but some can’t,” Brandt said. “The Bengals are a family-owned business. To give Joe Burrow a fully guaranteed deal and have to put $180 million in escrow, I don’t think they can do that. I don’t think the Spanos family can put that in for Justin Herbert either. I know there are billions of dollars coming into the league. But I just don’t know if many of these owners have that kind of wealth.’’

Banner, who has served as an unofficial advisor for several players in contract negotiations over the last few years, has advocated shorter deals for top players, much like the one McCartney negotiated for Cousins. He thinks those types of deals benefit both the player and the team.

“What’s best for the players in my opinion is shorter deals for the better players so that they can keep getting bites of the apple as the cap goes up,” he said. “And on three-year deals, there’s a good chance they’re getting close to or fully guaranteed contracts.

“Eventually maybe they’ll stretch that to four years. But if you go beyond that, then you’re going to be taking money and putting it into the pockets of players who aren’t playing any longer, which minimizes what’s left for players who are still playing.’’