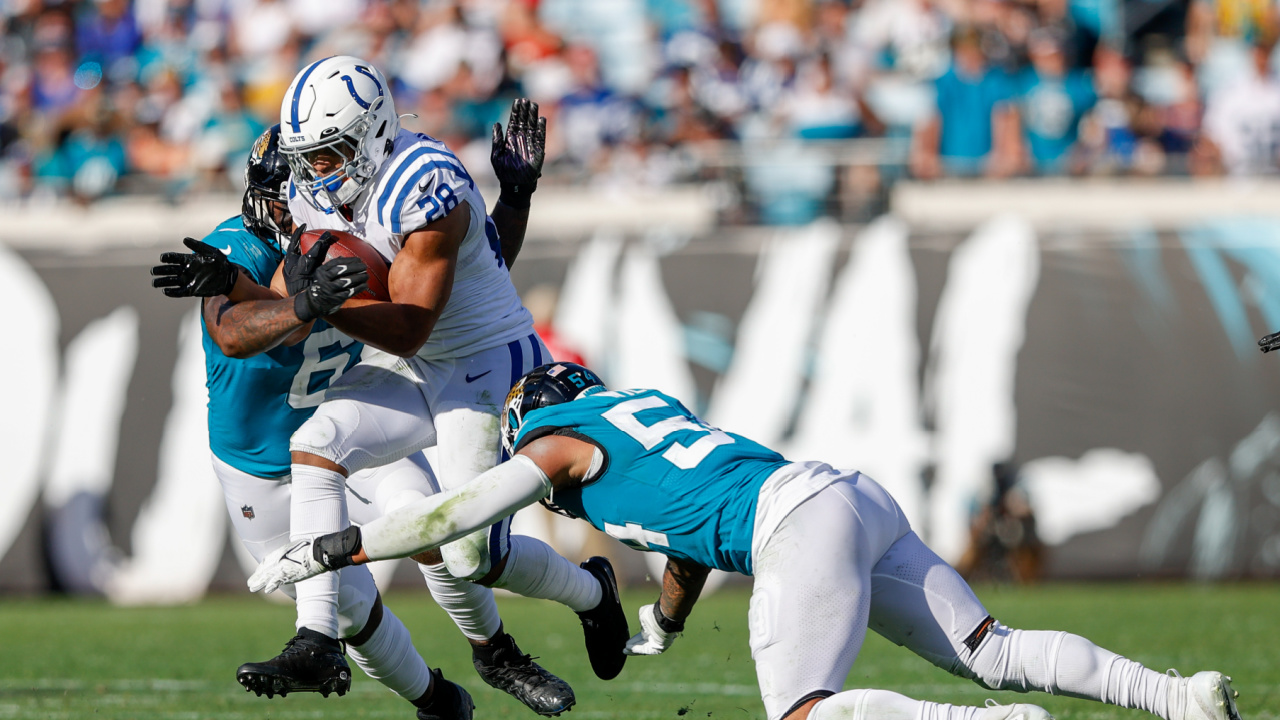 The Jaguars Offense vs. the Colts Defense

Given the familiarity between these two divisional opponents, I’m treating this as if the Colts have a slight trench edge vs. Jacksonville. Star defensive tackle DeForest Buckner landed on the injury report after not practicing on Wednesday due to a hip issue. If you’re considering a bet on this game, keep an eye on Buckner’s status. Linebacker Shaquille Leonard missed Week 1 in Houston with a back issue, but he practiced on Wednesday.

The Colts Offense vs. Jaguars Defense

The strength of the Colts’ offense is their top-ten caliber offensive line backed by running back Jonathan Taylor, who ran all over the Texans in Week 1. Jacksonville has a pair of young, blue chip edge rushers in Josh Allen and this year’s No. 1 overall pick, Travon Walker. That EDGE duo could give the Colts problems in pass protection. From a macro sense, the Colts line has a moderate edge in pass protection and a significant one in the run game.

This is What You’re Betting On in Jaguars vs. Colts

An X-factor in any Jaguars bet is the ceiling outcome for their Edge duo of Josh Allen and Travon Walker. Those two pass rushers paired with Lawrence are the foundation of the Jaguars’ future. A positive for Jacksonville here is they have no significant injuries as of this writing, while the Colts have some of their best players on the injury report. My biggest concern on a Jaguars bet is that the Colts are a more stable football operation at this point.

A bet on the Colts is a bet on Frank Reich’s solid, physical football operation. The Colts’ offensive line has an edge in the run game against Jacksonville. If I’m betting on the Colts in this spot, I’m basing that bet on Indianapolis taking full advantage of that edge. Rain and wind might actually help the Colts, so I’ll be keeping a close watch on the weather in this contest.

I have two core concerns with Indianapolis in this spot. The first is that the Colts will play their second road game in as many weeks after playing the whole overtime period in Houston in Week 1. The second is that I’ve bet against prime Matt Ryan in outdoor weather games. In this spot, we are getting 37-year-old Matt Ryan in his second start with a new team.

Winner/Confidence Pool: This will end up being a last-minute decision for me, but I will consider taking the Jaguars as a differentiator option in my large, weekly winner pool. I expect to rank the Colts in the bottom third of my confidence rankings this week.

Spread Pool: I always at least consider tournament options where I can get a line at a value. Generally, however, I’m going to avoid this game against the spread.

WATCH MORE: Our Experts Recap All of Week 1