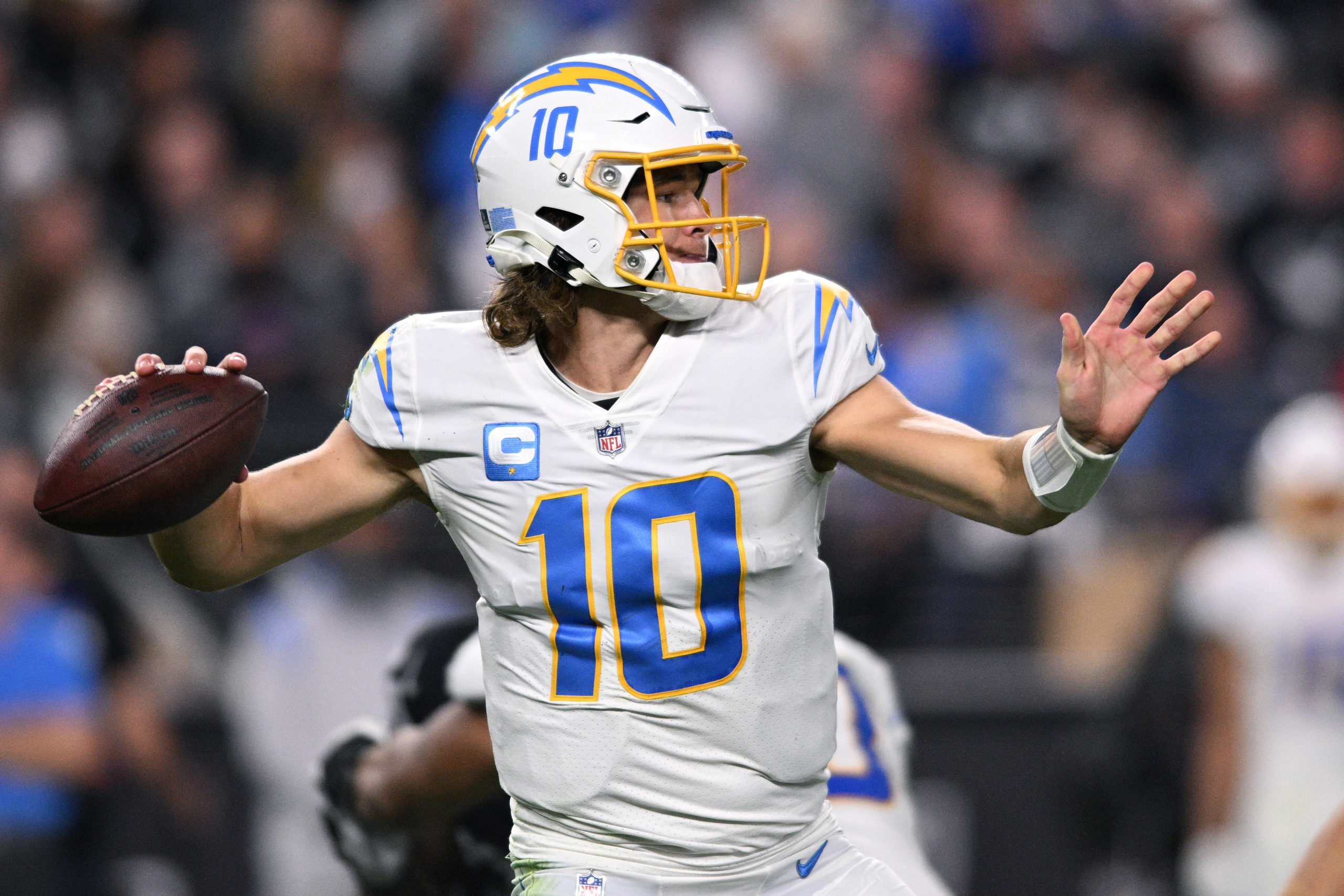 Weather: SoFi Stadium is an indoor-outdoor stadium. Game-time temperature will be the only weather factor felt in this contest.

The Chargers Offense vs. the Raiders Defense

The strength of the Raiders defense is their EDGE duo of Maxx Crosby and free-agent signing Chandler Jones. The Chargers top-ten caliber offensive line is equipped to mitigate that strength. Chargers left tackle Rashawn Slater is already a premium player at the position. That enables Los Angeles to help right tackle Trey Pipkins III through scheme as needed.

Las Vegas has two new cornerbacks in Anthony Averett and Rock Ya-Sin. Both players are solid, but they’ll see plenty of Keenan Allen and Mike Williams. Justin Herbert’s passing attack has more continuity and high-end talent than the Raiders secondary.

The Raiders Offense vs. Chargers Defense

Adding Khalil Mack to Joey Bosa gives the Chargers a top-of-the-food-chain edge duo. The Chargers top-tier pass rush has a potentially game-wrecking advantage on the Raiders’ bottom-tier offensive line. New Raiders head coach Josh McDaniels can be counted on to gameplan for this matchup disadvantage. Additionally, Derek Carr played well last season despite the downgrades on the Raiders offensive line. There is at least a path to the Raiders mitigating this mismatch.

This is What You’re Betting On in Chargers vs. Raiders

A bet on the Chargers is a bet on one of the NFL’s bright young stars in quarterback Justin Herbert, who is supported by one of the league’s best rosters. It’s a bet on the Chargers new edge duo greatly impacting this game. It’s also a bet on a favorite in a contest that sportsbooks opened by giving the underdog the hook. We can expect the Chargers to be highly motivated after their win-and-in loss to the Raiders on the final day of the 2021 regular season. My biggest concern with a Chargers bet is Los Angeles’ ability to manage the Raiders talented group of pass catchers. Especially if J.C. Jackson misses this contest.

A bet on the Raiders is a bet on a Raiders team with a new head coach and considerable roster turnover. Difference makers Davante Adams and Chandler Jones are part of that transition, making Vegas a team with more high-end talent now than they had last season. If you bet the Raiders, you are getting the +3.5 hook which is a general positive in ATS betting. My biggest concern with betting on the Raiders is their ability to manage the Chargers elite pass rush.

Spread Pool: I’m going to wait on J.C. Jackson’s status, but I have the Chargers in my pool of options for tournaments currently.