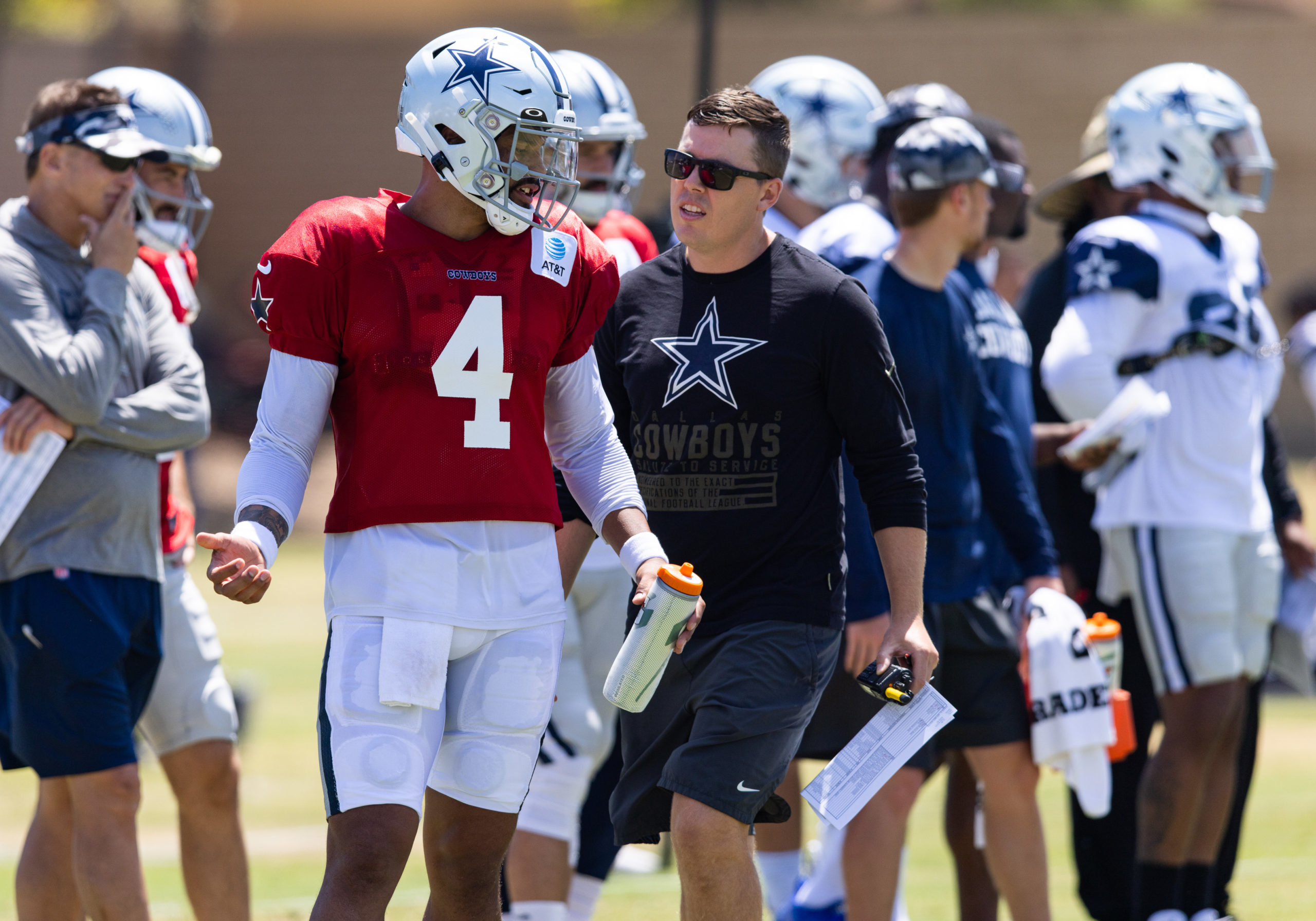 Transitions Are Never Easy. In Football, It’s Doubly So.

Imagine if, one day, your boss was fired. You go through a couple of weeks of uncertainty about what to do, and then a new boss comes in. Only now, this new boss changes all of the computers in the office from Macs to HPs, all reports have to be handwritten and then delivered to him in morse code.

Oh, and if you don’t figure that all out quickly, then the company will fire you and replace you with someone else. Sounds hectic, right? Technically, you are still doing the same job, just one flipped entirely on its head.

Dirk Koetter, a former NFL Head Coach and Coordinator, went through two similar transition periods in Atlanta with Matt Ryan. Koetter replaced Mike Mularkey as the Falcons’ offensive coordinator in 2012 and then replaced Steve Sarkisian in 2019. When asked about these kinds of transitions, Koetter had plenty to say about the difficulties.

Koetter elaborated, “Coaches and quarterbacks have to make so many adjustments that they’re in that meeting room four hours a day, and they’re working on all of these adjustments. Then, the quarterback has to communicate these changes, whether it’s changing the protections to the offensive line, route adjustments to the receivers and then any in-game adjustments. These coaches have to figure out ‘OK, how are we going to handle four blitzers off the weak side, four blitzers off the strong side, man to man, zero coverage in the red zone, and so on?'”

Continuity Is Key for a Quarterback: Just Look at Dallas

So many quarterbacks don’t have this kind of continuity with their offensive coordinators. Growing comfortable with a coach and a system is a huge deal, and it’s helped some of the best quarterbacks in the game grow into top-notch quarterbacks.

Many point to Josh Allen in Buffalo. But Koetter highlighted Dak Prescott with the Dallas Cowboys, whose relationship with offensive coordinator Kellen Moore has been a big reason behind the success of Dallas’ offense the last couple of seasons.

“I think the one thing is Dak has really, really good chemistry with Kellen Moore,” Koetter said. “Dak is really comfortable in that system. The trust they have with each other is critical, and the comfort in the system is so important. You install tons and tons of plays and you might not take that many plays into a real game, but then during the game, you’re going to have to recall and say, ‘Okay, remember three games ago against or the first time we played an opponent in our division. We’re going to go back and run this concept, but we’re going to run it out of a different formation with a different motion.’ And when a quarterback and his coordinator are on the same page, you’ve got to be able to make those adjustments quickly and on the fly.”

For many young quarterbacks this season like Justin Fields, Trevor Lawrence, Tua Tagovailoa and Mac Jones, they have to adjust once again to a new scheme and a coaching transition while still adjusting to the NFL as a whole.

From established veterans to rookies, these coaching transitions can be tremendous challenges for a quarterback. Maybe more teams will begin to emulate what the Bills and Cowboys did with Allen and Prescott to help their young quarterbacks moving forward.

AJ Schulte contributed to this report