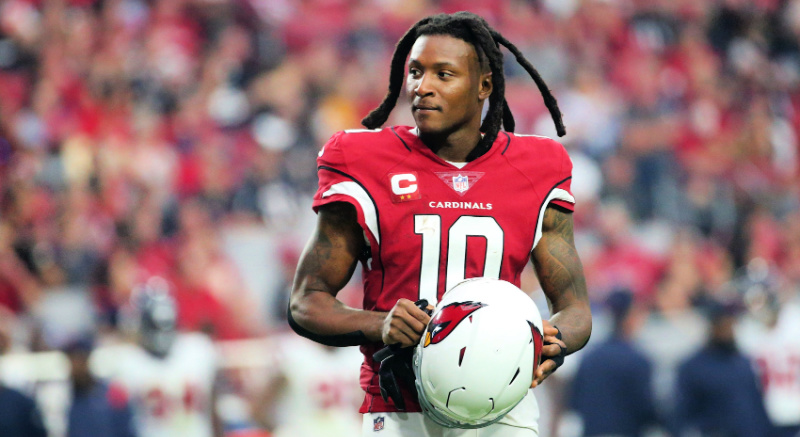 When ranking hot topics in the NFL, of course, highlight plays are the most exciting things to talk about. Next, we’d have to rank player contracts at a close second. How much players make is a topic of discussion with contracts reaching all-time highs it feels, like every season. However, there’s a subtopic of player contracts that isn’t widely covered and that’s player compensation i.e., when players get paid.

This model was adopted r to essentially help players with money management. Instead of players only being paid for eighteen weeks of a calendar year, they are paid over the course of 36 weeks. While this is beneficial for players, the league also benefits by being able to keep funds longer for league operations.

Contracted players who are suspended without pay forfeit their base salary for each week the player is suspended. For example, Arizona Cardinals wide receiver DeAndre Hopkins will be suspended for the first six games of the 2022 season without pay for a violation of the league’s performance-enhancing drug policy. He is contracted to earn $6,650,000 this year at $369,444.45 per week resulting in an estimated $2,216,666.67 loss over his suspension. Last season, a host of Tampa Bay Buccaneers players including most notably Antonio Brown, were suspended without pay for submitting false Covid-19 Vaccination cards.

Players may also defer their Paragraph 5 or base salary. The CBA holds that players may defer their payments beyond the 36-week mark. More specifically, it states Clubs may defer “no more than 50% of the player’s salary up to and including a total of the first $2 million and may provide for deferral of no more than 75% of the player’s Salary in excess of $2 million. We will use an example to better illustrate this complexity. Suppose that a player’s Paragraph 5 salary is $3 million, and they want to defer 50% of the first $2 million and 75% of the next $1 million. Simply put, the player would bring home  $1.25 million in cash up front and the remaining to be paid at a later date. This too is another tool implemented by the NFL to better assist players with money management.

What if a player is removed from a roster? Under the current CBA for the League Years following 2020 to the Final League Year, if a player is removed from a Club’s roster before the final game of the regular season, that player shall be paid the balance of their guaranteed money. This should be paid to the player in a lump sum payment not exceeding 14 days after the termination of the player’s contract.

Although player contracts are popular, the nuisances of player compensation are not. This system widely affects the lives of each player, especially in terms of money management. Hopefully, in the future, more insight into player contracts will lead to players being humanized more knowing that they get paid on a biweekly basis just like most of us.