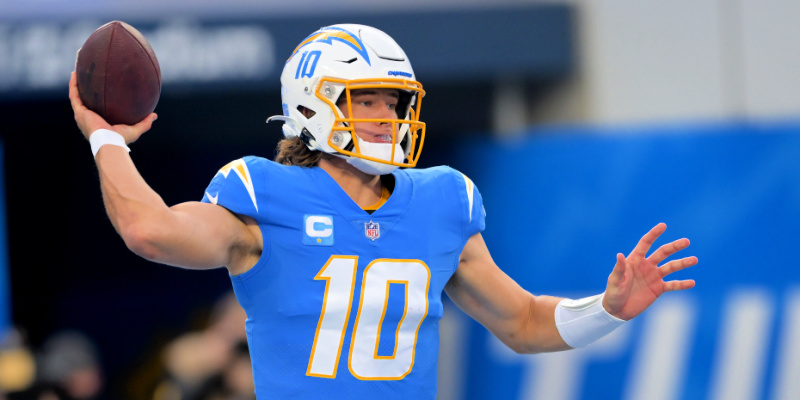 The Los Angeles Chargers enter the 2022 season with high aspirations, even though they have not made the playoffs since 2018. Last season after Week 14, the Chargers were comfortably in the playoffs as the 5-seed and had a matchup with the Chiefs on Thursday Night Football at home for first place in the AFC West.

The Chargers lost the game in overtime, handing the Chiefs full control of the division. The following week, the Chargers were blown out by the lowly Houston Texans 41-29 and all of a sudden found themselves outside of the AFC playoff picture.

A week 17 win against the Broncos would create a win (or tie) or go home scenario in week 18 between the Chargers and the Raiders in Las Vegas. With 1:20 left in overtime, the Raiders had the ball after matching field goals by both teams and seemed content with tying by running the ball up the middle with Josh Jacobs. However, Coach Brandon Staley decided to call a timeout to stop the clock. The Raiders kicked a field goal to win the game and ended the Chargers season.

After another disastrous end to the season, the Chargers come into 2022 with an upgraded roster defensively and a quarterback with one of the highest ceilings in the NFL.

Last season, quarterback Justin Herbert led the NFL in Passing Total Points with 171, which was 87 higher than the average QB. However, Herbert had an average throw depth of only 7.6 yards, good for only 22nd among QBs with 100 attempts. With an arm like Herbert, the Chargers can take another step forward offensively by throwing the ball further downfield.

All of the featured weapons for the Chargers return in 2022. Running back Austin Ekeler posted his best season in 2021 with 911 rushing yards, 12 touchdowns, and a positive EPA on 47% of his rushes, good for 6th in the NFL. Also, wide receiver Mike Williams had the 12th-most Receiving Total Points with 27, which was 14 higher than the average receiver. Having him paired with Keenan Allen will once again make this one of the more dangerous offenses in the NFL.

Additionally, the Chargers offensive line improved dramatically from 2020 to 2021, as you can see in the image below. This can be attributed to the additions of center Corey Linsley and tackle Rashawn Slater, who both finished in the top 20 in Blocking Total Points with 36 apiece. The Chargers also selected Boston College guard Zion Johnson with the 17th overall pick in the draft. He will be an immediate starter on Day 1. The Chargers will face the 5th-toughest schedule in 2022 via the Total Points Team Strength Model from SIS. This is in part due to the AFC West potentially being one of the hardest divisions to win, as it features 4 of the most talented quarterbacks in the NFL. Coach Staley will have to not only be aggressive on 4th down, but also in letting Herbert air the ball out to match the firepower of the rest of the division. The ceiling is very high for this Chargers team, but they will have to take advantage of the talent they have to reach their goals.

James Weaver of Sports Info Solutions contributed to this report