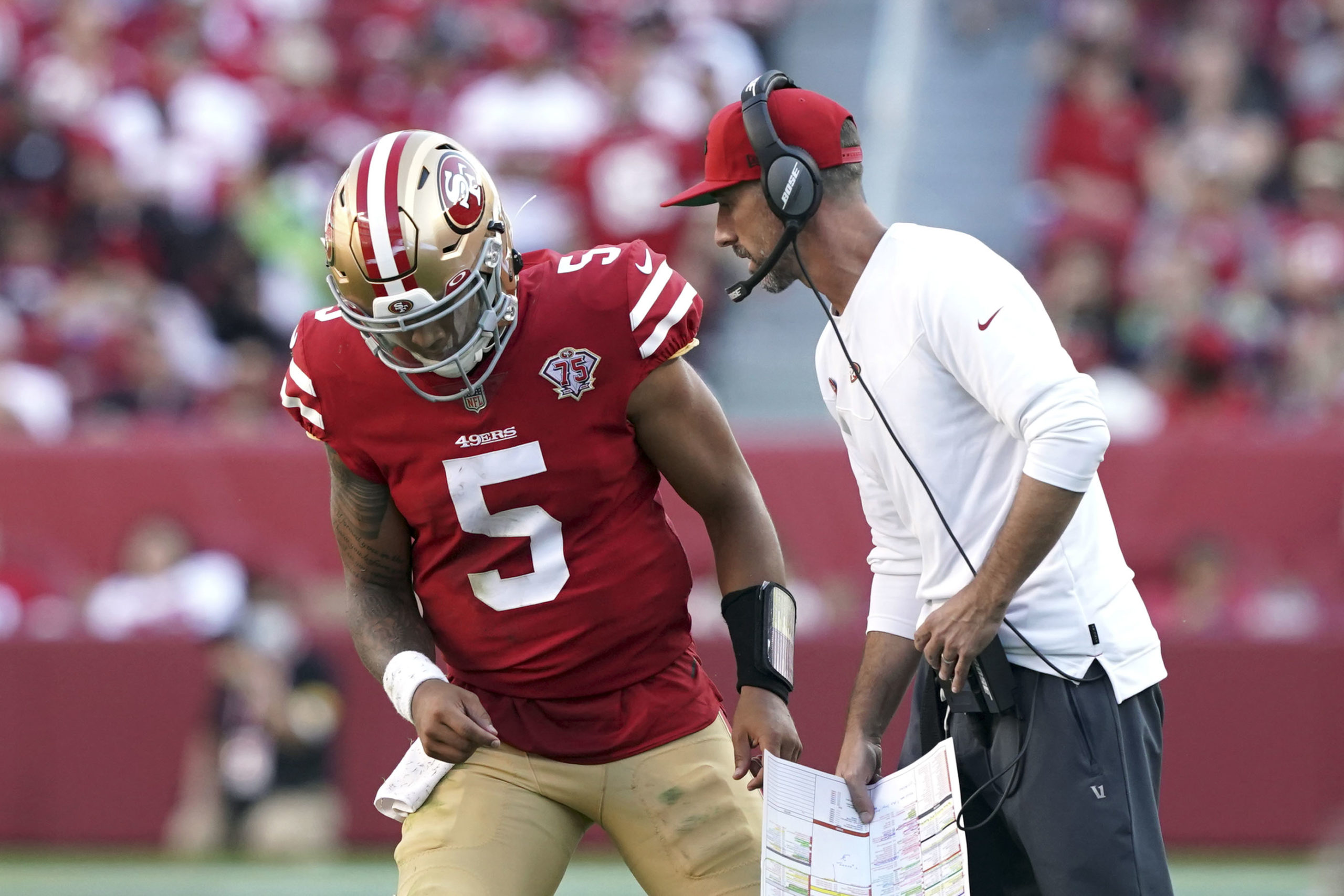 When I look at the San Francisco 49ers at the Chicago Bears in Week 1, I see a new era, basically, starting in both places. A new coach and GM in Chicago have turned that organization upside down, and then San Francisco has decided to go with Trey Lance at quarterback this season. We’ll have two second-year quarterbacks in this game, Lance and then Justin Fields, who has a little more experience, so that’s going to make this an intriguing matchup, and one I can’t wait to watch.

Here are a few other things I’ll be looking for in this matchup:

Kyle Shanahan has always done a great job as a play-caller and designing a run and pass game in San Francisco. They love to run the football. Now with a more mobile quarterback in Lance than Jimmy Garoppolo, how much more of the designed quarterback runs are we going to see, in addition to the team’s regular ground game?

Shanahan always has a “formation of the week.” You’ll see it in the first 15 plays, and that pretty much holds true the rest of the game. Expect to see them run early and often.

How Will 49ers Use Samuel?

There was a lot of talk in the offseason leading up to Deebo Samuel negotiating a new contract with San Francisco. Let’s see how much they actually hand it to him. He talked about being a receiver and making receiver money, and they paid him like one. We’ll see if it works out that way and he’s less involved as a running back.

He’ll probably still get some perimeter plays, some jet sweeps, screens, and things like that. But I’m really excited to see him go at it.

San Francisco is a top five defense in the NFL. Demeco Ryans does a great job coordinating that group. They have a bunch of playmakers at all three levels, especially Nick Bosa up front and Fred Warner in the middle. Even with Jimmie Ward on IR, they have some guys on the back end that can wreak some havoc. They have a lot of athleticism, a lot of talent, and a lot of speed. That defense will give Chicago fits.

They have a good defense in Chicago. The Bears were fourth in the league in sacks last year, and Robert Quinn set a franchise record with 18.5 of them. That’s a big storyline there: Can Quinn put back-to-back seasons together with high production in that area?

The Bears did lose some key defenders in Khalil Mack, Akiem Hicks, and Eddie Goldman off that front, so they’re retooled there. Jaylon Johnson will start at one corner, Kindle Vildor could start at the other, and there’s Eddie Jackson at safety. They do have some new pieces on the back end. Jaquan Brisker is a rookie, and he looks to be a great player for them.

The offensive line is the big question mark with the Bears. They’ve also retooled there, and veteran Cody Whitehair is the alpha and leader of that room.

Chicago loves to run the ball, and I expect David Montgomery to get a lot of carries. I also expect them to move Fields around, move the pocket, and use his athleticism. We know he has a strong arm and can make all the throws, and it looks like he’s making better decisions and going through his progressions.

Overall, this should be a great one at Soldier Field in Chicago.