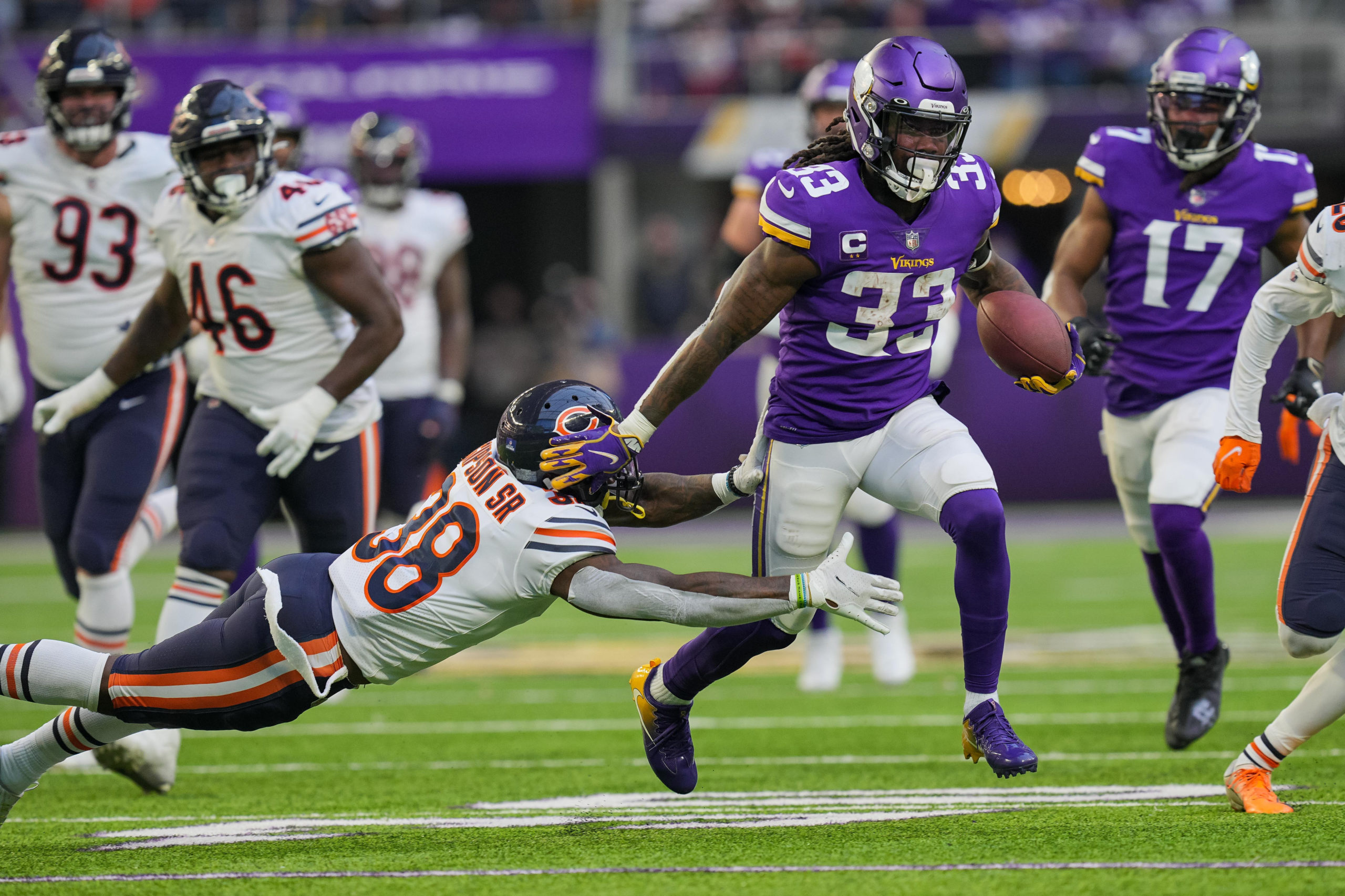 There just isn’t anything that Dalvin Cook doesn’t do well.

As a former running back, it’s easy to see how explosive Cook is. At Florida State, there was one play that stood out—a run where he partially strained a hamstring and finished the run.

That told me everything that I needed to know about Cook and how tough he is. What really makes Cook special is pairing his toughness with three specific traits.

When you start off a play, you look at the defense and see how they are aligned. He plays from depth, which helps him get an initial read on what the defense is going to do. When Cook starts off his runs, he does a great job keeping his eyes on the line of scrimmage.

You often see ISO-type plays with Minnesota where he has a lead blocker in front of him. He does a nice job staying patient, trusting in his speed to accelerate when a crease develops. He understands that he doesn’t need to commit right away. Cook is aware of his offensive linemen’s responsibilities and doesn’t tip off a defense by turning plays back too quickly; he maintains spacing from his lead blockers, allowing time to react to their blocks.

Cook does a nice job with his striding in the backfield. With so much traffic behind the line of scrimmage, you can’t overstride right before or after you get the football.

He begins with smaller steps. When he sees where he needs to go, he’s able to burst and get into a longer stride pattern, while maintaining great vision at the second and third levels.

Cook is listed at 5-10, 210 lbs, but he’s not afraid to take on the big guys. As a running back, you understand the importance of protecting your franchise quarterback. When Cook engages with a defensive lineman or linebacker he keeps them away from the quarterback so they don’t interfere with the throw. That spacing is critical to keeping the pocket clean for your quarterback.

Blocking has become a strength of Cook. He identifies who he needs to block quickly and engages them close to the line of scrimmage. This helps keep the defender away from the quarterback. Additionally, he can help pick up leakage from the line, on the backside and pick up a blitzing corner.

Cook really does it all.