7 Bold Predictions for the 2021 NFL Season With NFL training camp well underway, teams feel good about the moves they made this offseason. This is understandable, as teams don’t make coaching hires, free-agent signings or draft picks unless they think it will be to their benefit. Ultimately, these moves will be tested and critiqued based on performance throughout the season. But that doesn’t prevent us from making some bold predictions ahead of time. By no means should the following be written in stone, but don’t be surprised if…

While fans in Duval County have every reason to be excited about head coach Urban Meyer and QB Trevor Lawrence, they should also be salivating over their division. With Deshaun Watson’s future in Houston in question, the Texans have one of the worst rosters in the NFL. The Titans, reigning AFC South champions, lost their offensive coordinator, Arthur Smith, to the Falcons. Though they traded for future Hall of Fame WR Julio Jones, they saw many significant players depart in free agency, including WR Corey Davis, TE Jonnu Smith and CB Adoree Jackson. Like the Titans, the Colts also reached the playoffs in 2020; however, QB Carson Wentz and guard Quenton Nelson underwent foot surgeries, sidelining them both for 5-12 weeks. Plus, even when he plays, which Carson Wentz will show up? If it’s the 2020 version, who was among the worst QBs in the NFL, the Colts could struggle. There’s usually one team that goes from worst to first in the NFL every year. Although Lawrence is yet to be named the starter, the Jaguars are poised to have a real chance at winning a weak AFC South.

This prediction is not an indictment of Julio Jones; rather, it’s a compliment to Arthur Smith, whose path this offseason was the opposite of Jones. That is, he left Tennessee for Atlanta. Smith has utilized a heavy amount of play-action passing—over one-third of the Titans’ passes in 2020 were play-action, and they were second in the NFL in play-action yards (1,541). As good as Ryan Tannehill and Derrick Henry have been, expect Matt Ryan and the Falcons to thrive under Smith.

According to Football Outsiders, the Cowboys’ defense ranked 23rd in the NFL in 2020. And though passing defense is more important than run defense in today’s NFL, the Cowboys’ run D was actually worse last year (23rd in run D vs. 21st in passing D). With the addition of LB Micah Parsons, the run defense will improve significantly. Parsons opted out of the 2020 season at Penn State, but prior to that he was a tackling machine. Moreover, he is a versatile linebacker who is a formidable pass rusher as well a capable defender in coverage. In addition to Parsons, the Cowboys used their next five draft picks on defense. Defensive coordinator Dan Quinn has talked about the winning mindset he will instill, and with the incoming rookies, we see the 23rd-ranked defense in 2020 making a jump in 2021.

We try to provide statistical evidence for all claims, but there is no statistical basis for this prediction. Although he showed small flashes of brilliance, Darnold was mostly dreadful as a New York Jet. According to Sports Info Solutions, Darnold accumulated an incredibly bad minus-8 Total Points Earned in 2020. But Darnold’s performance in New York was not entirely his fault—very few QBs would have had success with the Jets’ play calling, offensive weapons and offensive line. In contrast, Darnold will play under far better circumstances in Carolina. PFF ranked Joe Brady as the fifth-best offensive play caller in 2020. Will Darnold ever live up to the hype of being the third overall pick in 2018? Too soon to tell, but his performance should be much better under Joe Brady than it was for Adam Gase.

5. Kliff Kingsbury will be firmly on the hot seat.

As much as we understand the allure of running the Air Raid offense in the NFL, the Cardinals will need to improve their passing game for Kingsbury to keep his job in 2022. According to Football Outsiders, Arizona was 19th in Offensive DVOA (Defense-adjusted Value Over Average). Likewise, QB Kyler Murray was more effective as a runner than passer in 2020; his PFF rushing grade was 86.5, but his PFF passing grade was only 77.2. And unlike Joe Brady, PFF did not rank Kingsbury as one of the top play callers in the NFL. Many of Kingsbury’s problems stem from poor game management decisions, which can certainly be corrected. But in a loaded division, he will be under fire if the Cardinals fail to reach the playoffs yet again.

6. The New York Jets have the worst defense in the league despite hiring Robert Saleh.

With the 49ers, Saleh was one of the best defensive coordinators in the NFL. In 2019, the 49ers had the second-best defense in the league, according to Football Outsiders. And in 2020, they ranked sixth, even with terrible injury luck, including star EDGE Nick Bosa, who tore his ACL in Week 2. Regardless, the Jets do not have the personnel of the 49ers. Although GM Joe Douglas has done a nice job of solidifying the defensive line—the additions of Carl Lawson, Sheldon Rankins and Vinny Curry, along with Quinnen Williams, John Franklin-Myers and Folorunso Fatukasi, should make for a strong defensive front. The problem, however, lies with the secondary, particularly the CBs. Projected starters Bless Austin and Bryce Hall were both well below-average in 2020. Given the importance of pass coverage, even Saleh won’t be able to save the Jets defense from being among the very worst.

7. The Pittsburgh Steelers are among the worst offenses in the NFL.

It’s no secret that Ben Roethlisberger’s arm strength is on the decline. To account for this, Big Ben’s average time to throw last seasons was 2.3 seconds, which was the lowest in football. That’s the good news, though. The bad news is that Roethlisberger’s average depth of target (aDOT) has also plummeted. According to Pro Football Focus, his aDOT of 7.6 yards in 2020 was by far the lowest of his career. The Steelers’ offense won’t be effective if it continues to be built around check-downs. In a stacked AFC North, the Steelers could be a first-to-worst candidate. 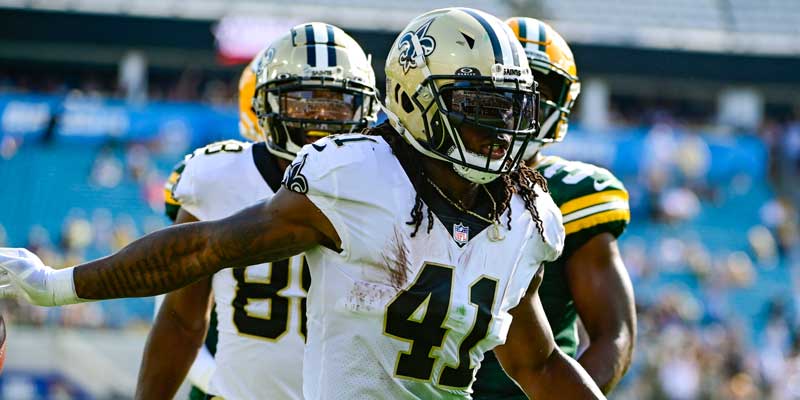